A not-for-profit organisation, Patelco Credit Union’s focus is on community. Started in 1939, it was originally the Pacific Telephone Company’s credit union, where employees could collect deposits and fund loans. Rooted in that cooperative nature, Patelco has grown to a US$7bn company with more than 350,000 members. Landel says, “we truly believe we’re here to help our members.” Patelco has multiple community outreach and support programmes, from connections to the Children’s Miracle Network to its loan programme that offers an upfront 0% interest $500 cash loan to disaster-stricken customers.

Kevin Landel started at Patelco six years ago as Chief Information Officer. “At the time,” he says, “virtually all of our technology was home grown.” While this has the upside of flexibility, it meant the company was spending most of its resources on support rather than strategic building. Landel shifted to a platform strategy, sourcing out Patelco’s technology. CU Direct took on its loan origination system; Alkami made its system for online banking. Now, when Patelco wants to add a widget to simplify customer donations to its community outreach programmes, it can do so easily without having to develop the technology for an entire web platform. “I’m happy to say we are out of fix mode and into the build mode,” says Landel. His role has since shifted as Patelco brings on a new CTO, as well as marketing and credit analysists with strong data science backgrounds. Now, Landel focuses on developing other areas of innovation where the company can flourish: robotic process automation, virtual agents, and bringing in AI for data analysis.

“There’s typically this build or buy decision that technology leaders make,” Landel says, “and we take a middle ground. There’s no reason for us to reinvent the wheel, so we partner with providers that offer a great foundation that does all the basics but is an open platform that allows us to build strategically on top of it.” Patelco chooses providers based on their “flexibility and willingness to work in an unusual way.” When updating its online banking system, for instance, Patelco asked a room of potential providers if they were willing to update its mobile site first and online site second. “It was an innovation in the industry, but it’s not a big leap in technology,” says Landel. Because mobile users are more flexible and accustomed to change, this strategy allowed Patelco to “concentrate on what’s important and limit the risk.” Patelco launched the new system without removing the old, incentivising customers to change over with additional functionality rather than forcing them. 85% of members switched systems of their own accord. This, in conjunction with a virtual advisory team that asked for feedback from the mobile users, allowed Patelco to limit the usual dip in customer satisfaction when making the platform conversion and to come out of it in only three quarters. “It isn’t using unusual technology,” Landel says, “it’s just a different way of thinking.”

“The culture of innovation here starts at the top. It falls into three areas: learning, doing, and refining,” Landel says. From sending executives to the Credit Union Executive Society (CUES) Innovation Institute at MIT and Stanford, to putting the full leadership team through the Harvard Business School online course about disruptive strategy, Patelco ensures its heads of teams all speak the same language. “Filene Institute has an innovation immersion that we’ve done with our executives, and we had them come out to do a follow-up presentation with our whole team.”

One of the ways in which Patelco instils collaboration into its culture of innovation is through the use of the SAFe framework, a scaled AGILE system that “goes higher than just a team level with scrums and sprints. It really works at the company and portfolio level.” According to Landel, “it allows us to understand what the dependencies and risks are in any project that we’re working on.” During the planning sprint, business leaders and technology teams get together to discuss solutions to projects. “It dramatically increases the transparency and flexibility of the teams by creating a higher level of collaboration between the business and technology teams,” says Landel. This has allowed Patelco to go from taking 90 days to roll out a product to going from ideation to rollout in three weeks.

Patelco leverages the collaborative aspect of credit unions.  “We don’t have the budget like big banks,” says Landel, “but we do have the collective strength of credit unions working together.” Landel serves on several industry advisory boards and is active in credit union collaborative initiatives, including big data and financial health research initiatives with Callahan Credit Union Financial Services Limited Partnership, and as a member of the strategy council of CO-OP Financial Services, a credit union-owned service organization that provides payment card services, shared branching, contact center, and other services to Patelco and the CU industry.  “We leverage the collaborative nature of credit unions to multiply our energy to provide the best tech we can for our members.”

Being located close to Silicon Valley, Patelco has access to all of the very latest technology and innovative ideas. “There’s a real synergy,” says Landel. “We have knowledge, data, and an understanding of our business that an entrepreneur may not, while an entrepreneur has the technology, skillsets, ideas, and capacities to build things that we may not. Considering this, it’s natural to get together and do a partnership.” This synergy gave Patelco an AI chatbot that it now uses as the primary knowledge database for the entire organization. Actionable Science approached Patelco with background data machine learning technology; Patelco was looking for a way to help members understand its new credit cards. The pilot was so successful as an in-house training tool that Patelco “took it and expanded it across all knowledge areas […] our entrepreneur was able to take these learnings and develop products from them,” Landel notes. “We’ve launched a startup and we have a solution that’s meeting our needs.”

In the next two to three years, Patelco will cross the $10bn threshold, a major milestone for US financial groups that would trigger several compliance regulations. “Our work for the next few years is to get prepared for that and cross the threshold with momentum. We’re growing at a tremendous rate,” explains Landel. Patelco is looking at improving its payment system with AI, investing in a blockchain group exploring digital identity, and in a group focused on natural language processing. While digital changes are underway, Patelco still strongly believes in its physical branches, although these have been shifting from transactional locations to places of advice and financial health. True to Patelco’s core values, Landel concludes, “we strongly believe in people helping people.” 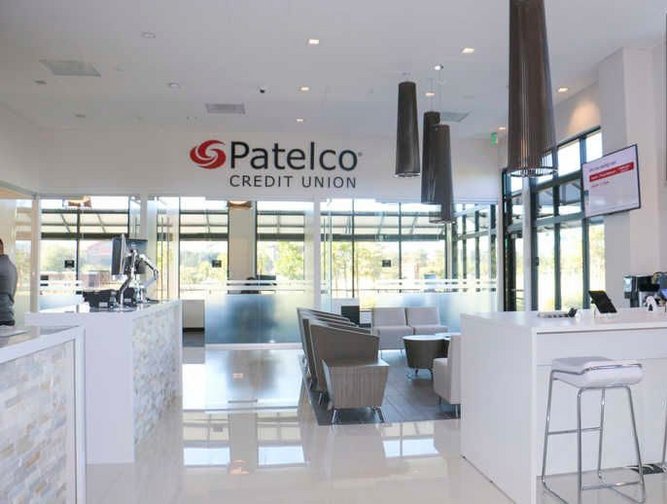 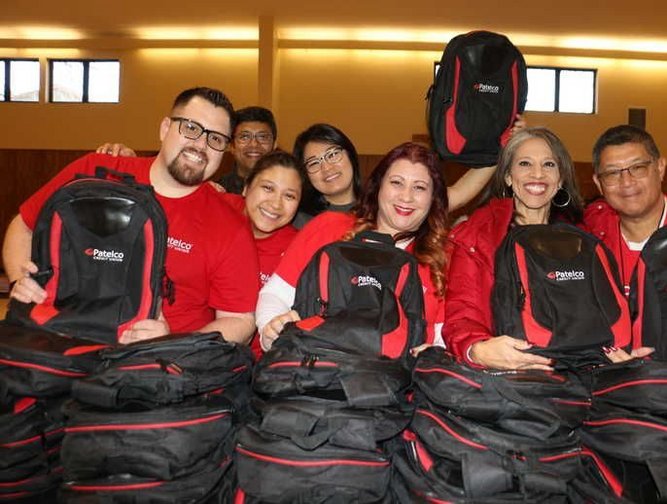 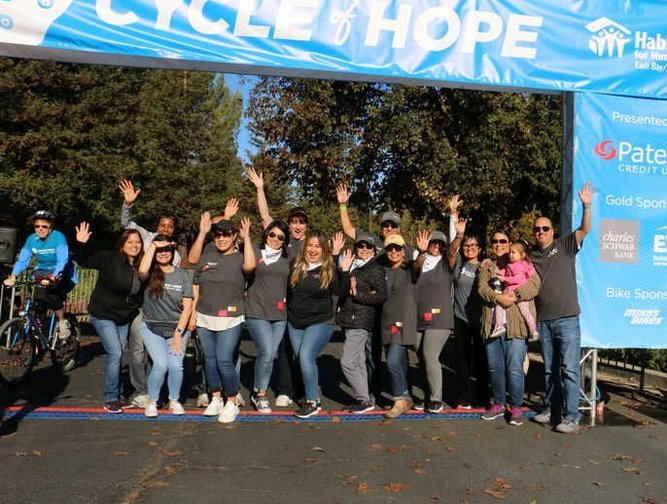 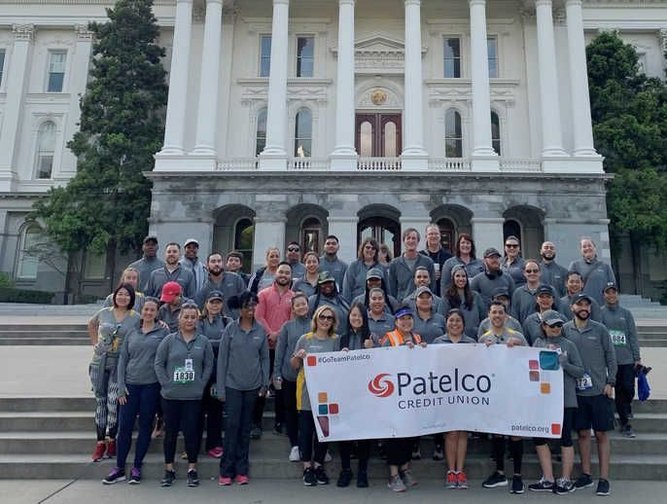 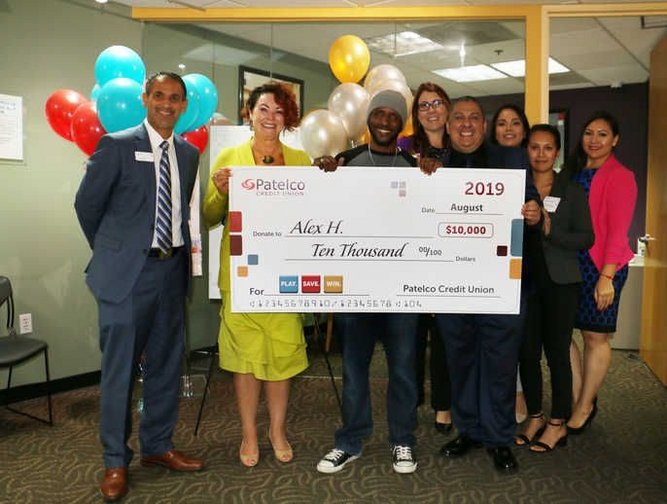