View Full Report
Mark Holweger, President & CEO of Legal & General America, tells us how the sector is transforming in the wake of COVID-19 and innovative technologies

As one of the largest life insurance companies in the US, Legal & General America has been providing protection for families and businesses for more than 70 years. But the past decade has seen a sea of change taking place that has been driven by increased connectivity and digital transformation.

Changes in the life insurance space

“I think my background gave me an understanding of international businesses. My career started on the P&C side working for various international companies, running really broad spectrum and distribution channels,” he explains.

Holweger then moved into running emerging markets – which he says, encompasses basically every country bar the UK and the United States. He learned about international markets. He also set up and co-founded a new international digital direct to consumer broker, which, based in Gibraltar, distributes P&C products in Europe and the UK.

“These experiences made me realise that there is no one size fits all ‘plug and play’ business model solution. And just a couple of variables in a business model means it won't work in another country either,” he says.

Holweger cites cultural and behavioral differences as the main drivers that prevent certain business models from working in other markets and says that the US life insurance market is fundamentally different to that of the UK as buying policies and getting coverage can be a long and arduous task. Holweger is dedicated to tackling these issues and transforming the space in his position as President & CEO of Legal & General America.

“Insurance is about getting people back on track when things go terribly wrong. It’s about enabling them to carry on with their life,” he says, “and that’s what attracted me to it. I think we can make a real difference to society and help families.”

Because obtaining life insurance cover in the US is generally a drawn out process, it can also be expensive. As a result, only certain demographics prioritise having cover – and generally, these customers are within high income brackets. This is an aspect that needs to change, Holweger says, because those that fall hardest when tragedy strikes are the vulnerable, low to middle earning families who simply either can’t afford cover, or have chosen not to take it out because it’s difficult to apply for - and it's expensive.

“Protection for this section of society needs to be more flexible,” says Holweger. “For me, life insurance is the life jacket, and how much life insurance you want depends if you just want a basic life jacket or you maybe need a safety boat. It's up to you, but it has to offer affordability as well.”

Holweger is adamant that digital transformation has provided the tools life insurance providers in the US need to offer better, faster, easier and lower cost cover. And for his team at Legal & General America, the task of reducing the protection gap can’t happen soon enough.

According to a 2020 LIMRA Insurance Barometer Study, just 54% of all Americans have life insurance coverage. The number has declined over the past decade, as in 2010 63% of US citizens had some form of insurance protection. The study also shows there are 60 million uninsured and underinsured households in the US.

Holweger says, “Our whole strategy actually, even pre-COVID, was all around digital transformation and making life insurance more accessible. We've already been pioneering and driving the use of data, leveraging new technology and digital platforms to make the purchase of life insurance easier.

“We've taken a lot of our learnings from the UK. But one of the big differences in the US is the requirement of a medical or the need to often have a medical where you're taking fluids, which happens far less in the UK.”

The procedures are triggered by contestability, explains Holweger, who points out that in the UK, a life insurer can check the information was correct at the time of claim. However, in the US, after two years, even if the information you collect about the customer was incorrect at the time - or maybe the customer made a mistake and didn't tell you about a medical condition they had, insurers must still pay a claim.

“This is why in the US, the process has been so complex and it takes so long,” he says. “It takes months historically to get offered life insurance cover, and that's because of all the medical records, asking customers to go to the doctors to have fluids taken to check that the life insurers have all the data.”

While life insurers in the US inevitably dislike the two-year rule, Holweger takes a practical approach. “The reality as well is sometimes missed in all this. As life insurers, we're there to pay claims. And 99% plus of claims are paid whether it's in the UK or the US. But like I say, there's that significant difference between the two markets which historically has made life insurance in the US more complex and more expensive to buy.”

But it’s not only processes that need to be streamlined. Marketing, distribution and creating products that suit the needs and budgets of the uninsured, also must be prioritised. Holweger says that over the four years he’s been working in the US market, he has encountered several critical barriers that need to be addressed.

“One of the key drivers of the protection gap is the cost of distribution. The need to have medicals, the fact it was taking months to get on cover, the fact that it's expensive; these are all preventing the industry from reaching new markets. Very often, brokers say, ‘I can't afford to talk to middle America and down because I don't make enough money because it takes so long to get on cover.’  There's such a complex process involved.

“So, they just talk to the wealthy and sell life insurance to this audience. That is why the gap has developed. Nobody is talking to people in middle America and below about the benefits of life insurance. That's what we have to change. We have to make it easy and accessible for all families in America.”

Another barrier to market entry is the fact that life insurance isn’t something that protects the obvious, as other types of cover do. And getting the message across that having life insurance can be – well, lifesaving in the event of a crisis – isn’t an easy task.

“People don't wake up in the morning and think, ‘You know what, I'm going to go and buy some life insurance.’ They might think about a house and a car because it's a tangible asset, but not with life insurance,” says Holweger, who believes that getting the message across to that market segment is all about good communication and better accessibility. Digitisation is also an essential ingredient.

“When you explain to somebody what life insurance does and actually how affordable it is, because basic term insurance is not expensive, they say, ‘Well, why wouldn't anybody buy that?’ But somebody has to explain to them, and that's not happening in the United States because the cost of distribution was just too high.

“That's why digitising and making it easier and simpler is going to transform the market, '' he says.  “It will make life insurance more accessible for more people, but most importantly it'll mean that they can become educated. And you have to explain to the customer exactly what life insurance does.”

Despite the fact that the pandemic has placed many global industries under unprecedented strain, the US life insurance sector has actually been driven forward over the past two years. Holweger says that not only has it placed mortality at the forefront of people’s minds, but it's resulted in insurance companies becoming more agile, innovative and embracing new technologies. Legal & General America has also started to offer cover that suits the marketplace better, in that it is easier to apply for – and more cost effective.

“We've absolutely seen more interest in our products since the beginning of the pandemic – and that’s mainly because COVID has made American families think about the ‘what ifs’. However, the increased interest has also been a result of the product which we offer. It’s fairly straightforward. It isn’t complex. The policy is backed by an upstanding, financially stable company.”

Holweger says that change was forced to happen during the pandemic because providers could not expect their customers to go to clinics to have medical examinations that would enable policies. The event essentially acted as a catalyst for the insurance industry in the US to leap forward and innovate via the use of data, thus transforming the space for providers and customers alike.

“It's really made life insurers realise we have to change how we operate. Legal & General America were already going down that route. But it accelerated the process. We’re using data analytics and AI, to reduce the number of questions we have to ask - and we can use data to get instant decisions. Currently in the US we're over 25% in terms of instant decision, and we're on our way to targeting 50%. This is transformational for the US market because it enables customers to achieve instant cover.”

Holweger says Legal & General America is focusing heavily on its digital platform, which works on agile principles, carrying out sprint releases every two weeks as part of the company’s strategy to allow for great flexibility and constant development. This ensures the platform stays up to date with the changing market trends.

The underwriting process has also been reinvigorated through robotic process automation (RPA) to create better efficiency. This has enabled Legal & General America to keep their pricing competitive and therefore more accessible to customers. Low code is another aspect that has been transformational. “We don't have to have complex programmers doing all the work. By putting low code into our business we can have our people able to adapt the journeys and build the journeys as well. So we're leveraging lots of things at Legal & General America,” he says.

Clearly, Legal & General America is leading the way as life insurance in the US transforms, and Holweger says the journey is an exciting one, which will be dominated by new distribution channels, data driven processes, clearer and more customer friendly products and services as well as better cost value products.

“New companies will realise that because everything is digital, it can all be done via mobile on apps, customers can go instantly on cover. It means that we'll get new distribution channels coming into the market to talk to families about the importance of life insurance.”

But alongside this shift, companies and the ecosystem will see dramatic changes. Holweger says that traditional providers will have to change if they want to survive, and this will result in two outcomes. Some will embrace the new technologies. Others will decide that the new market requirements are not for them.

“There will almost certainly be a rise in M&A as company owners sell up to other businesses. Equally, we will see a rise in partnerships as traditional companies collaborate with insurtechs to diversify their offerings and find more technology appropriate solutions to legacy processes,” he says.

The future, it seems, is a positive place to be, because reinvention is revitalising the industry.

He adds, “One thing about brokers, they adapt because they are smart people, and these changes we’re seeing are really exciting.” 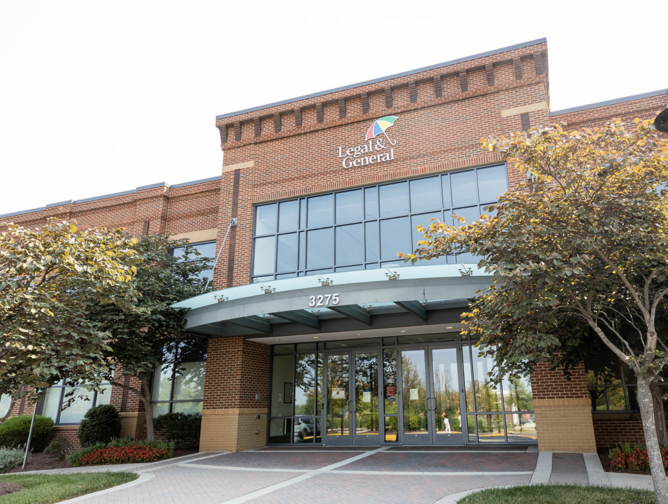 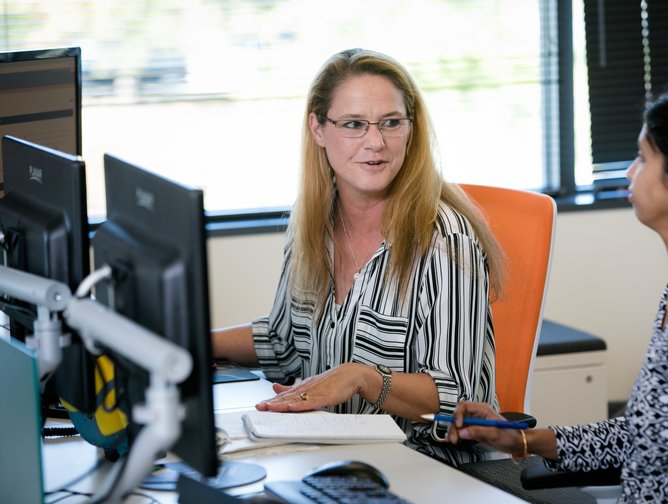 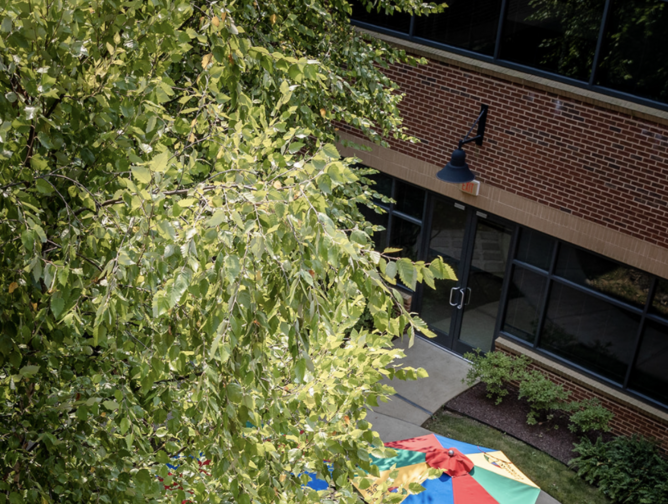 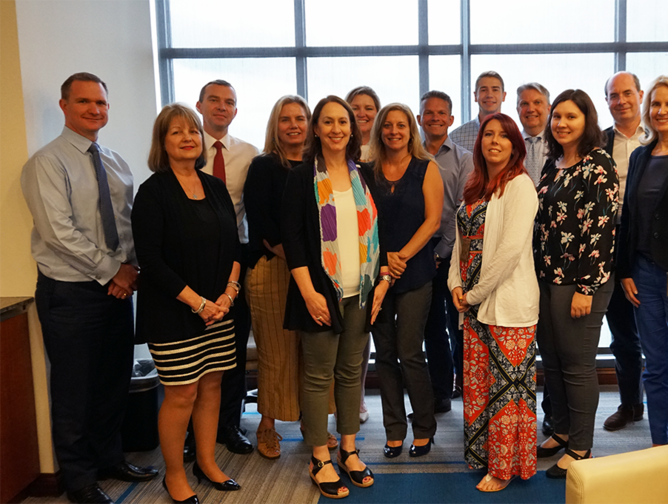