View Full Report
In 2003, Alliant Credit Union diversified. Since then, it has embarked on a digital transformation journey to draw in new customers...

Alliant Credit Union isn’t shy about its commitment to what the company calls its “digital shift” strategy. Alliant’s model is to be a digital-first and nationwide financial institution. The credit union has members in every state across the US, but only one physical branch, located in its Chicago headquarters.

“Our model really looks much more akin to a so-called direct bank than a more traditional branch-based institution,” says Dave Mooney, CEO of Alliant. “Historically and today, we are very low cost, which translates into high financial value and high returns to our member owners. We have among the highest deposit rates in the marketplace, and offer some of the lowest loan rates, as well as fewer and lower fees.”

When Alliant was established in 1935, it was chartered as the United Airlines Employees’ Credit Union. For 68 years, the company exclusively served United employees and their family members, until 2003 when the credit union diversified. At the time, Alliant had about 170,000 members.

“We began to diversify the companies and associations that we partnered with, and we diversified our membership,” says Mooney. “As part of this diversification, we rebranded and became Alliant Credit Union so our name was more inclusive.”

By expanding and diversifying with other companies and associations, Alliant was able to continue growing its business and its customer base. The credit union now has more than 450,000 members nationwide.

“Now we serve employees of companies and members of associations throughout the United States,” Mooney says. “We have around 250 sponsors – such companies as Google, Kaiser Permanente, BASF, and a number of associations, like the Chicago Bar Association and the California Association of CPAs.”

Since Mooney joined the company in 2003, Alliant’s assets have expanded from $4bn  to over $11bn. The business has also transformed its operations to focus more on lending, transitioning from what was essentially a money market fund to generating higher yields through loans while still offering customers competitive rates on its deposit accounts.

Along with building a strong lending business, Mooney says the other big change for Alliant centers around access and the emergence of digital banking channels. “We have invested heavily in both infrastructure and our online and mobile banking services,” Mooney says. “Members can do virtually anything they need to do with us through digital channels, and the overwhelming majority of our member interactions are done through online and mobile banking, through self-service. Over 90% of our new business is originated online.”

The CEO points to the changing dynamics of banking.  Previously, branch location was the dominating factor in consumers’ selection of an institution, and the industry’s primary focus was on branches. When the system relied on the exchange of physical documents, Mooney says, banks relied on having a branch in the market because without one, “you were irrelevant.”

“In that environment, product, price and promotion were generic because there was no advantage to be had since choice was all about location. Banks set the rules, which often weren’t known to the customer until they were used against them,” Mooney says. “Since product, price and promotion were generic, there was no particular benefit to switching institutions, which, along with the hassle, resulted in tremendous relationship inertia. Previously, you were limited to only financial institutions that had a branch in your area. Now, those geographic boundaries are eroding.”

According to Mooney, the new dynamic of banking centers around the web, which has changed how customers have access to services. In addition to improving time and place convenience, digital banking enables transparency and efficient price discovery.

Michelle Spellerberg, the company’s Vice President of Digital Strategy and Innovative Growth, says Alliant has a different approach to technology transformation. “In banking in general, people still think of digital transformation as technology or systems – new apps and cool features. For Alliant, our priority is about making the lives of our members as simple as possible by solving problems for them through technology,” Spellerberg says. “It’s about easing the difficulties of day-to-day banking through technology, while a lot of companies are still out there just trying to create digital features which do not always add value.”

For example, Spellerberg says, the company created its own consumer loan origination system, which accepts digital applications for auto loans, credit cards, personal loans and more. Since its launch in spring 2017, the system has processed $1 billion in loan originations, with more than 94,000 loan applications processed in 2018 alone.

“We streamlined that entire process, not only for our members, but also for our employees,” notes Spellerberg. “We also developed our own award-winning mobile app.” Alliant established a proprietary app that focused on design and simplifying the customer experience. The firm added biometric authentication, in-app messaging, debit and credit card management tools, and other enhancements that made banking easier. Over the last four years, Alliant has increased mobile banking users by 208%. Spellerberg says Alliant is also currently working on two more projects aimed at improving and streamlining the digital banking experience for its customers and employees alike.

“One is for what we call our deposit product opening system. We already have our system in place for opening loans, so this system centers around our savings accounts, checking accounts, certificates and individual retirement accounts (IRAs). The system will ensure product openings are as easy and efficient as loan openings, both for our members and our employees,” Spellerberg says. “We also are in the middle of redesigning our online banking platform, with the goal of not only modernizing the look but, more importantly, simplifying the experience.”

Alliant experienced 14% growth in membership last year and will continue to expand as part of its digital transformation journey. “We know that these new members have higher expectations when it comes to digital,” Spellerberg says. “We want people to come in and be excited about using the technology, excited about our rates, and excited about the security that we offer. We want to delight our customers on a daily basis.”

Fully embracing technology is key to Alliant’s continued growth strategy, Mooney says. “We've invested fairly heavily in marketing automation, to be able to utilize data effectively and apply it in terms of smart communications with members and prospects. We have not begun, in any significant way, working with artificial intelligence and machine learning, but we will be doing more of that in the future.”

Another area Alliant is emphasizing in order to build long-term capability is technical ecosystem integration. “The technical ecosystem is ever-expanding, with more and more applications and interfaces. Managing that ever-expanding ecosystem is a significant challenge,” Mooney says. “So, one of the efforts is: how do we architect our technology, and also architect our organization to be able to deal with that complexity? Which again, I think, will enable us to adapt and respond when we need to, as opposed to just getting totally overwhelmed by that complexity.”

In terms of the future, the CEO of Alliant has clear ideas for how the company can continue to remain on the right side of marketplace trends and dynamics. “We will continue to invest heavily in digital capabilities and eliminate manual processes over the next five years,” Mooney says. “I envision that we will have developed very robust data and analytics capabilities, and embedded consumer-centered design across the organization.” 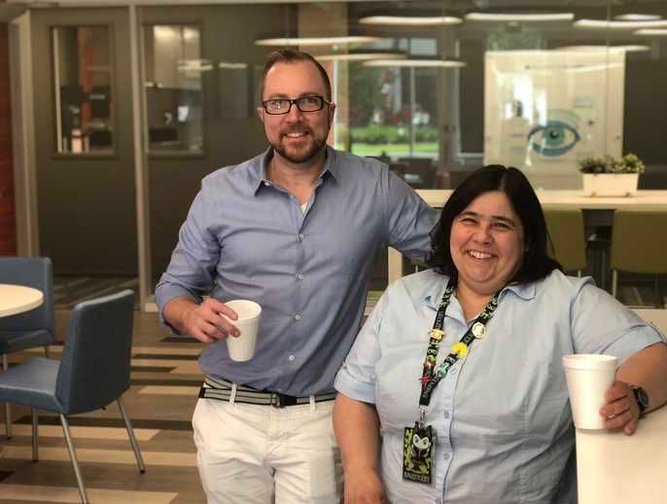 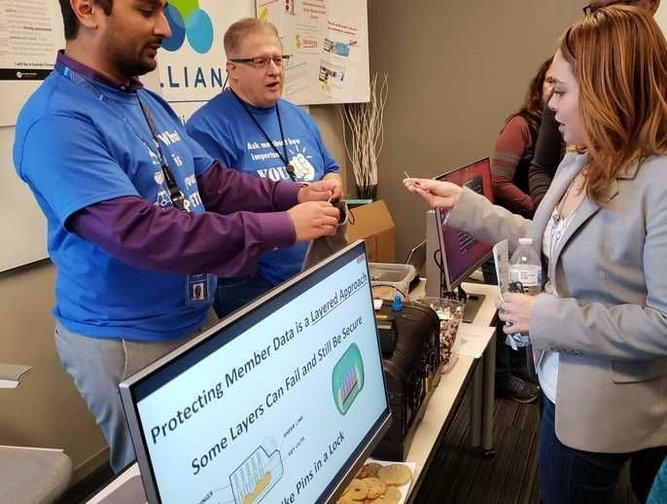 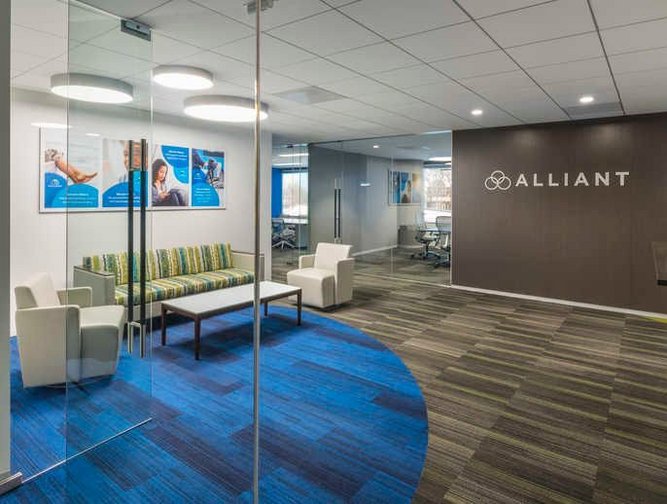 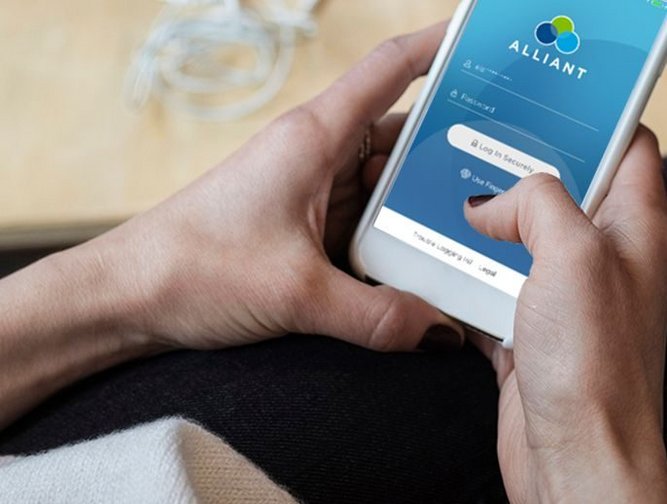 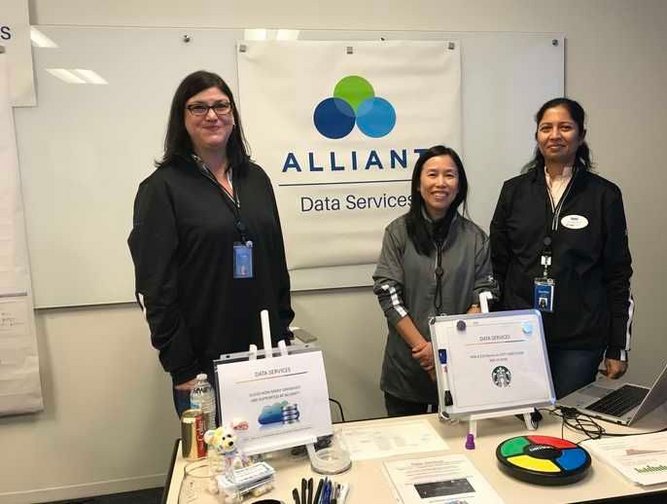