Why banks should participate in upstream communities 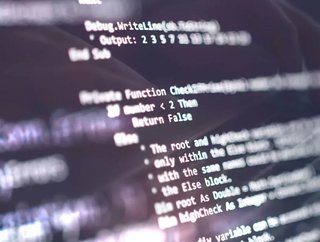 Open source software – software whose source code can be modified and enhanced by developer communities worldwide – is highly valuable to the financial services industry.

While banks have long been consuming enterprise open source products, there is a separate area of opportunity which many have yet to embrace: participating in open source ‘upstream’ community projects.

Open source projects are where people with shared interests come together to write code that creates open source software.

These projects can either grow organically from individuals and started as passion projects (Linux being a good example), or they can be started by companies opening up their in-house software to the community for all to contribute.

Working in upstream communities is a smart tactic for firms looking to innovate more quickly. Here’s why.

The benefits of working with the upstream

Upstream engagement offers FSI firms an array of benefits, the first being scale.

It allows banks to take advantage of the ideas and resources provided by thousands of developers worldwide, providing a magnification effect - the company contributes developer time, resources, and maybe even funding to support projects, and benefits from the output of hundreds more working on that code.

On top of the productivity gain and ideas from the wider talent pool, companies that provide leadership in communities can influence product roadmap, an advantage you don’t often get from using proprietary software where you’re reliant on the vendor adding the features you need.

A large Spanish bank did exactly this by having some of its IT team participate in an existing open source middleware project and play a part in steering the business process management capabilities upstream, which it would then use in a supported, productised form once the software was secured and hardened by a trusted vendor.

This is a good example of the ‘be the change you want to see’ mantra.

Upstream collaboration doesn’t just magnify and scale up a company’s own development efforts, it also provides access to a diverse pool of perspectives on programming and business problems.

Community contributors can have a broad range of backgrounds, which enables financial services to benefit from insights gained in other industries.

Engaging in these projects helps banks to recruit new talent from communities of passionate people, as well as helping them retain their own developers by encouraging them to build up their expertise and strengthen their individual reputations by taking part in the innovation engine that is the open source community.

How can banks exert influence in the upstream community?

There are three key ways banks can strengthen their influence and contribution to the upstream community, owing to the valuable resources many of them have at their fingertips.

The first is by providing funding - this can involve paying for a full-time community manager to oversee the project and help get it off the ground, or sponsoring an event, meetup, or other expenditure that adds value.

There are examples of companies that are struggling to hire good talent which sponsor an open source project and, as a result, get flooded with enquiries from potential new hires. It’s a tried and tested method for success.

The second way is by providing human resources in the form of the firm’s own developers to add to the talent pool.

And lastly, banks can also offer valuable leadership at a technical level, using their expertise to check the quality of the code produced by the upstream, and/or at a community level, by helping to keep the developers motivated or arranging community get-togethers.

As the saying goes, ‘you get out what you put in’, and it’s important to note that banks shouldn’t simply expect to open source their code, and suddenly benefit from hundreds of developers working on it.

As with any community-driven initiative, participants must be active contributors. Open source is most successful when organisations look beyond their own needs to help drive benefits for the community as a whole.

FINOS provides a forum for open collaboration in the financial services industry, a prominent example of which is the Symphony program.

Created by a large investment bank to develop a secure messaging and collaboration platform for the banking industry, Symphony has grown and benefited from contributions by multiple organizations and individuals and is now used by a number of financial services companies.

If the benefits are so clear, then why aren’t more firms in FSI participating in upstream communities?

Often it’s a case that banks need to challenge the perceived risks, such as loss of intellectual property (IP), competitiveness, or productivity. It may seem counterintuitive to allow your developers to contribute their ideas to open source projects, which are available to all, including competitors, when you can ask them to work on a bank's own software.

Banks fear the risk of losing control or exclusivity of their ideas.

The reality is, product features could take months or years to develop internally, whereas in open source, those ideas can be built and improved upon in much shorter time frames.

It is also worth pointing out that it is at the customer-facing layer where a company can drive the most competitive differentiation.

Meanwhile the underlying platform technologies such as Kubernetes (the defacto standard for container application management today) or Linux are a common foundation for a great number of companies, which is why they attract so many contributors, and this is where the greatest opportunity lies.

Lastly, and perhaps most crucially, are the structural barriers that many banks need to overcome before they can engage in upstream participation.

Not all banks have the tech or legal mechanisms in place to send their code outside of a company’s corporate firewall, and transitioning from legacy organisational structures, which may have been in place for 20 years or more, is not always easy.

Rigid company policy on what employees can and can’t do is non-trivial when a business wants to be technologically agile. This cultural challenge is readily acknowledged by banks, and one that many are working hard to address.

In a heavily regulated industry, it naturally takes time for companies to introduce the policy and organisational changes needed to enable them to participate in open source communities.

However as software ecosystems continue to expand, innovation in financial services will increasingly be driven in open source, and given the clear benefits to be gained, it is an opportunity well worth seizing.