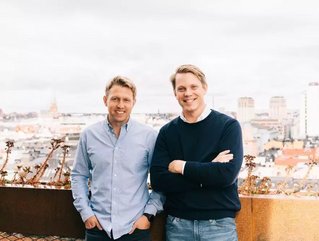 Despite the substantial difficulties of 2020, Swedish fintech Tink has managed to generate €175m (US$213m) over the course of the year...

Despite the substantial difficulties of 2020, Swedish fintech Tink has managed to generate €175m (US$213m) over the course of the year.

Tink, which offers a pioneering and data driven open banking platform, is currently connected to over 3,400 banks and reaches more than 250 million customers across Europe.

Founded in 2012, the company’s integrated API based approach has been met with widespread acclaim for its ability to enhance the customer experience, streamline payments and increase financial transparency.

With its technology already adopted by banking and payments sector heavyweights like PayPal, NatWest and BNP Paribas, it is, perhaps, unsurprising that Tink has managed to garner and maintain investor interest.

New investor Eurazeo Growth and software VC Dawn Capital (current investor) jointly led the latest round. Using the newly secured funds, Daniel Kjellén, Co-Founder and CEO of Tink, stated that the company will continue its mission of expansion (it is currently available in 13 European locations):

“2020 has seen payments powered by open banking take off, and in 2021 we expect to see this scale – most prominently in the UK, followed by Europe.

“This funding extension will further facilitate the development of our payment initiation services across Europe, while continuing to deliver new data-products built on open banking technology to our customers.”

UK finance: At a crossroads

Kjellén’s comments regarding ‘prominent’ open banking uptake in the UK are interesting to note, particularly in light of the news that Brexit negotiations are continuing, despite the previous deadline of Sunday 13 December passing without agreement.

Open banking has inherent benefits that could prove invaluable to reasserting financial strength after the UK formally ends its transitioned exit from the EU. Not least of these are a reduction in ‘red tape’ for digital services, cash flow automation and faster adjudication times for loans.

Other commentators have already noted the important role that payment solutions could have in the post-Brexit dynamic. With the discernable division between those who see splitting from the EU as an opportunity and a hindrance still present, Tink’s role as a pan-European banking solution could become more valuable than ever.