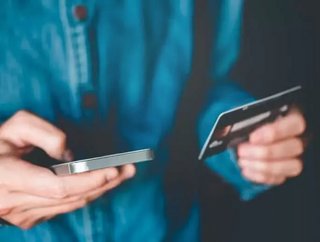 Santander customers will soon be provided with additional security measures via the firm’s mobile banking app, it was announced this week. In its late...

Santander customers will soon be provided with additional security measures via the firm’s mobile banking app, it was announced this week. In its latest move designed to reduce the risk of fraud on mobile platforms, the finance giant has revealed that its newest solution will involve customers giving more specific details about payments they make, allowing tailored security advice to be given before any transactions take place.

Studies have found that UK bank customers lost approximately £500mn to scams in the first half of 2018 alone, while only £38mn worth of scams were prevented in the whole year, highlighting the losing battle being fought by service providers. Given the prevalence of scams that involve posing as a bank, financial agency or even police officer, Santander hopes to remind customers of the importance of dealing directly with the bank to ensure optimal security and confidentiality.

The initiative is the latest in a series of new solutions introduced by Santander, who recently vowed to invest more than £17.2bn in its digital and technological fields over the next four years, with the aim of increasing customer loyalty through enhanced experience and service. Customers will be required to specify the purpose of each transaction they make, whether it be payment for services or monetary gifts to friends or family. With this additional data, the app will then provide users with warning messages, notifying them of dangers that are known to be associated with particular banking behaviours.

Upon receiving a notification, customers are implored to reach out to Santander independently to verify legitimate transactions, and ensure they are handled in a safe and trustworthy manner. They are also given the option to cancel or postpone payments until the authenticity of a transaction has been confirmed. In addition to the notification system, fingerprint and facial recognition have recently been implemented to optimise account security for customers.

Santander’s latest efforts are part of an ongoing nationwide initiative to reduce the number of people falling victim to fraudsters. Branch staff are being trained to keep up with the increasingly sophisticated methods being used by scammers and spot potential risks before they occur, while police, HMRC and other official bodies are taking steps to increase public awareness of banking scams. Collaborations such as the Take Five Initiative are being widely promoted in support of these efforts.