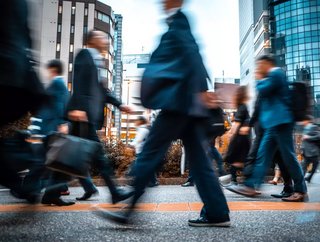 Job from: CFO of Marcus

Having worked at Goldman Sachs for almost 15 years - starting as an Associate in 2006 before being promoted to her first executive position in 2011 - Mohan’s exit marks another significant departure for the company.

Sarah Youngwood, to whom Mohan will officially report at JPMorgan, called her “an exceptional leader whose talents I’ve long admired, and I’m thrilled to have her join our company.”

Although the exact motivations of Mohan’s departure are unknown, there is some speculation that Marcus’ high-pressure culture is causing employee burnout. Regardless, Mohan’s transferral is certainly Goldman’s loss and JPMorgan’s gain.

Job from: Head of Banking, Capital Markets and Advisory Unit for Iberia, the Netherlands, the Nordics and Switzerland

Replacing equity capital markets banker Phil Drury, Gutiérrez-Orrantia will relocate from Madrid to London as part of his new role.

According to the Financial Times, Citi’s decision is underpinned by a desire to wrest regional supremacy from its competitors, Goldman Sachs and JPMorgan:

“We are neck and neck with Goldman in second this year, then obviously the leader for a while has been JPMorgan,” said Manolo Falcó, Co-Head of Investment Banking, regarding Citi’s standing in Europe.

“Our objective now [...] is to go for the gold. We’ve had the bronze four times and we finished second once.”

Image of Mohan sourced from LinkedIn

Image of Gutiérrez-Orrantia sourced from FT