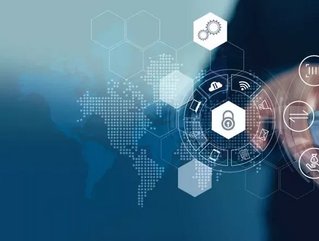 Mike Bosserman, VP of Growth at MANTL, explains how the company is empowering Quontic Bank and other financial institutions through technology...

Mike Bosserman, VP of Growth at MANTL, explains how the company is empowering Quontic Bank and other financial institutions through technology.

Founded in 2016, MANTL is an enterprise Software as a Service company based in New York with a singular mission: ‘empowering financial ecosystems through technology’. It does this by modernising core back-office tasks like account opening with an integrated, omnichannel platform. “MANTL serves community and regional banks and credit unions exclusively,” says Mike Bosserman, VP of Growth. “The reason we're here is because these organisations simply aren't growing enough online.” Originally envisioning a career as an investment analyst, Bosserman relates that he was soon hired by a VC firm, which, in turn, brought MANTL to his attention as an attractive investment prospect. Meeting with Nathaniel Harley (CEO) and Raj Patel (CFO and COO) and discussing their “compelling” vision was enough to convince him to join, which he did shortly afterwards.

Making community banks competitive in the modern finance market is MANTL’s main task. It’s a service that the company has already rendered for some of the fastest-growing banks in the US, and Bosserman claims that the success it has reaped stems from a focused strategy combining technological sophistication with customer-centric ease-of-use. “The average time to open an account on MANTL is approximately two minutes and 37 seconds,” he says. This is important in the context of contemporary customer expectations, which are heavily influenced by experiences not necessarily related to banking. “If you're a community bank or credit union, customer expectations for bank onboarding flows are going to be influenced by other online platforms like Amazon, Netflix, or other fintech apps.” This focus on customer experience ultimately yields meaningful growth for MANTL’s customers who, on average, grow deposits up to 78% faster compared to previous account opening solutions.

The overall focus for MANTL, therefore, is on building products equivalent to this standard, particularly in terms of minimising points of friction. One client for whom MANTL has been able to achieve this task and much more is Quontic Bank. In an industry where opening an account takes an average of 30 clicks, Bosserman says, “Quontic Bank takes 24 clicks. When it comes to figuring out where MANTL fits into the ecosystem of modern tech products, we're right there at the cutting edge.” As a result, Quontic’s conversion rates for deposit accounts increased by 150% in the first quarter it went live, while cost of deposits declined by 90%. MANTL’s tech-savvy is equalled by Quontic Bank’s ambition, which, even from its early stages, was to achieve nothing less than a new concept for digital banking. “Both Patrick (Sells, CIO) and Steven (Schnall, CEO) have been exceptional to work with and so has the team. Quontic Bank stands out from the average community bank in a very good way; it’s a great example, in my mind, of what's possible in community banking with the right attitude and the right technology paired together.”

When asked what major trends will continue to affect and develop MANTL’s relationship with Quontic Bank, Bosserman believes that banking’s future will be determined by the acquisition of tech talent, increased automation and fraud prevention, enhanced regulatory compliance, and instant account verification. Regarding the latter, he adds, “That's particularly big on mobile devices. It also leads to big increases in the initial funding of an account. I believe Quontic Bank is in the top 1% in the US for this aspect.” As mobile technology continues to proliferate and reshape customers’ everyday interactions with banks, MANTL will play an important role in levelling the terrain between the mobile and desktop experience. “Nowadays, customers can access their account across multiple channels, and, ultimately, the experience needs to be the same. That's really important for banks like Quontic.”