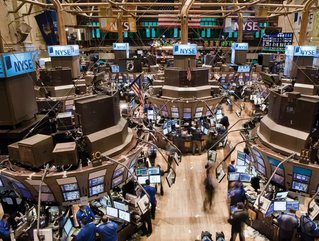 Investors must be wary of market changes and instability, as inflation-triggered volatility is set to shake markets until the end of 2021, warns the CEO of deVere Group.

Nigel Green, chief executive and founder of deVere, one of the world’s largest financial advisory, asset management and fintech organisations, issued the start warning as Chinese stocks plummeted to almost their lowest level in a year, with price surges cooling hopes for measures to help economic growth.

The message also comes ahead of the latest US inflation data, with the consumer price index (CPI) predicted to reveal the biggest leap in 30 years of 0.6%. This is compared to the previous month, or a year-over-year gain of almost 6%.

Stock exchange drops, according to reports, resulted in the following;

Experts also noted that although strong corporate earnings helped raise stocks to new highs and increase optimism around the economy reopening, this has tapered off.

Mr Green explained, “Ongoing and heightening inflation fears in the world’s two largest economies – and elsewhere in other major economies - are going to spook global financial markets as we move towards the end of the year.

“Whilst markets might not be balking right now, as they currently have a sort of tunnel vision, with central banks and governments around the world pulling back their unprecedented support programs due to price surges amongst other factors, the easy money tap is steadily going to dry up.”

He continued, “Investors need to avoid complacency. As central banks are increasingly flagging, inflation has become a concern and growth is to become slower due to supply-side bottlenecks – and, therefore, interest rate hikes are coming.

“This will all trigger increasing market volatility moving forward as the world readjusts again.”

Last week as several major central banks gave their latest forecasts, the deVere CEO said, “This is the hardest time to be an investor and the worst time not to be.  There are real opportunities to be had, but navigating the territory is set to become more complex in coming months as we move towards a new era of interest rate normality driven partly by inflation fears.”

Investors, he observes, should remain in the market, but they should review their portfolios to ensure that they are properly diversified across asset class, sectors, regions and currencies.  This will ensure they are best positioned to mitigate the downsides and seize opportunities arising from the likely volatility.

Green concluded, “From China to the US, the UK to Europe, inflation risks are building, and this will increasingly rattle the markets.”