GBB partners with Mambu to power its new platform 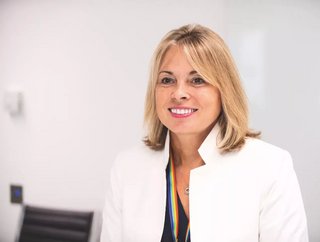 The new London-based property and development digital bank, GBB, has partnered with Mambu to bring its new services to market. GBB will run operations via Mambu’s SaaS could banking platform to power its ground-breaking digital offerings.

GBB has been launched in a drive to accelerate the UK building industry. The new British bank, which specializes in property and development finance, will be a dedicated lender to SME property developers in the most underserved regions of the UK.

Currently, just an estimated 245,000 of the government’s annual 300,000 house building target is being met. Mambu’s cloud-native platform will make it quicker and easier for GBB to respond to market changes while delivering banking products and excellent customer experiences, driving long-term growth and profitability.

The announcement of the partnership has been expected for quite some time as Mambu has been working with GBB for three years, responding to a brief to innovate and iterate as it grows. The new fintech’s cutting-edge proprietary tech platform enables full end-to-end delivery of property development lending and includes a dynamic risk ratings tool.

The new digital bank aims to lend a total of £3bn over five years, building a £1bn plus balance sheet. It will fund almost 20,000 homes and several million square feet of office space, supporting the creation of over 100,000 jobs.

For savers, competitive fixed rates will be protected by the Financial Services Compensation Scheme (FSCS).

GBB also expects to receive its banking license later this year and will offer bespoke development financing, an area of commercial lending underserved by the incumbent banks.

GBB opted to compose its own architecture with Mambu's SaaS banking platform, as opposed to a more traditional ‘bank-in-a-box’ approach. This ensures the flexibility to swap out components as required, avoiding vendor lock-in and wholesale re-platforming.

Speaking about the collaboration, Stephen Lancaster, Chief Information Officer of GBB explained, “One in three property developers in the UK is denied financing. Many avoid applying for loans altogether, fearing rejection. Traditionally, SMEs have been the most underserved group as existing banks and lenders tend to prioritise higher loan values. Our mission is to turn things around, and we can only do that by leveraging today’s best-in-class cloud technology.”

He continued, “We partnered with Mambu because, like us, they are customer-obsessed and understand technology's role in providing customers with a better experience. The team understands our market really well and has supported us in our journey to becoming a bank every step of the way.”

Elliott Limb, Chief Customer Officer at Mambu said that, unlike most challenger banks, GBB recognises the potential of Northern England. “This part of the UK has been underserved for decades, and GBB's model is vital to its development.”

He added, “We have a strong partnership with GBB and are looking forward to supporting them in bringing financial access to the property developers and SMEs in the regions.”