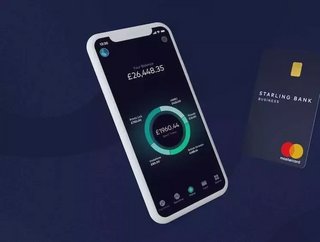 Following a £272m Series D funding round, Starling Bank has reached a valuation of £1.1bn and secured ‘unicorn’ status in the fintech startup mark...

Currently one of the fastest-growing and most popular banks in the UK - it has won ‘Best British Bank’ for three years consecutively since 2018 - Starling is also the first digital-only bank to reach profitability.

Now in its fourth year of operation, the company’s momentum doesn’t appear to be slowing: it has two million active accounts, lending exceeds £2bn, deposits have reached £5.4bn, and Starling gains a new customer approximately every 39 seconds.

Commenting on the bank’s new investment, she said, “Digital banking has reached a tipping point. Customers now expect a fairer, smarter and more human alternative to the banks of the past and that is what we are giving them at Starling as we continue to grow and add new products and services.

“Our new investors will bring a wealth of experience as we enter the next stage of growth, while the continued support of our existing backers represents a huge vote of confidence.”

With so much already accomplished, the company is reportedly charging ahead with new growth opportunities, including both domestic and international expansion (specifically in Europe).

Going for an IPO?

Rumours at the end of last year suggesting that Starling might be put up for sale were resoundingly quashed by Boden. Instead, an IPO in 2022 is being touted as the company’s next big development.

Competition in the digital banking space is likely to accelerate as incumbents continue to improve their own offerings. For now, at least, Starling maintains a commanding lead in both popularity and long-term sustainability. Its developmental trajectory could arguably shape UK fintech for years to come.