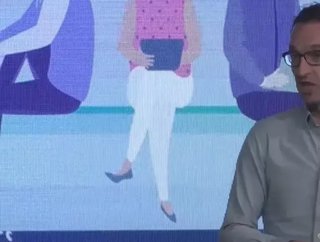 Fintechs are often seen as the disruptors of the banking industry, but what does that really mean? How different is fintech from traditional banking? With all of these questions in mind, Gareth Wilson decided to share his research.

Traditional banks feel threatened by fintech businesses because they could not see themselves winning customers back once those customers had switched. Fintech challengers feel more optimistic about their future because they see a gap in the market for financial services left by traditional banks.

It's no secret that banks are facing competition from the fintech industry. The question is, how can traditional banks rise to meet these challenges? There are three ways: by embracing disruption; by collaborating with challengers; and through acquisitions.

Nonetheless, fintech newcomers may exceed traditional banks in a variety of ways. Fintechs focus on technology and customer experience. This means they can adapt quickly to new changes. They also have the freedom to expand into new markets at a rapid rate, thanks to their flexibility. However, there are some cultural differences to consider, for example, the German fintech challenger N26 had difficulties expanding into the United States because of such cultural barriers.

The good news for banks is that during the COVID-19 pandemic, the level of trust in banks increased on the transaction level. However, becoming more agile requires investment in digital banking propositions.

Most traditional banks are struggling with things that are outside of their core business expertise because they are influenced by legacy, heritage, and conservative ways of thinking on the executive level. That's where fintech challengers are shining through: by having better technical savvy than traditional banks. Furthermore, it's reasonable to infer that a high proportion of fintech founders are former bankers who felt restricted in their prior jobs.

With the rise of financial technology and the increased availability of credit and payments, banks are increasingly losing their traditional role as middlemen. Previously, they would take deposits from savers and make loans to borrowers; now they do less lending and more managing risk. But this is changing: fintech challengers like Monzo in Britain or Stripe in America could rise above banks by using new technologies to bypass them altogether.

Gareth Wilson outlines how fintech challengers can do a better job of competing; "Avoid the temptation to copy. Work and drive your own niche. Ensure support from parent companies and accept cannibalisation. Avoid a clash of cultures and continuously improve the MVP."

The best model is when all of the points mentioned above are considered. However, gaining access to investments is becoming increasingly difficult as merger and acquisition departments, venture capitalists, and fund managers are placing higher standards on how capital gets allocated.

In conclusion, the future of the banking industry is changing and it's not a moment too soon. Fintech challengers may be disrupting traditional banking now but there are still areas where traditional banks have opportunities to up their game against them and win back customers. There is ample opportunity for both to co-exist successfully, but traditional banks must embrace disruption and demonstrate a willingness to change.