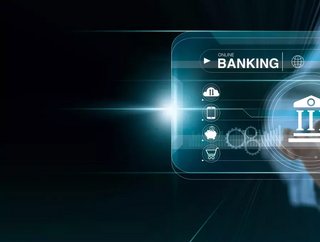 London has gained its second clearing bank in 250 years, as The Bank of London launches in the city to approve and process cross-border payments

Founded by Anthony Watson, a former chief information officer at both Nike and Barclays, The Bank of London has received its first bank licence as the 6th principal clearing bank of the UK - becoming only the second new clearing bank in more than 250 years.

The bank also enters the market with a $1.1 billion valuation, making it the first pre-revenue bank in history to attain 'unicorn' status upon debut.

He continued: "We leverage our leading-edge proprietary technology innovations and differentiated bank capabilities to remove unnecessary risk, unlock liquidity and deliver revolutionary products and services at significantly lower costs to enable near instant settlement without a financial intermediary in the flow of funds."

The bank has raised $120m to date, and its latest $90m funding round was led by New York-based investor ForgeLight, with follow-on investment from existing backers 14W Venture Partners and Mangrove Capital Partners.

As part of its international growth strategy currently underway, the bank is in advanced talks with regulators in the European Union (EU) and North America (NA). They are also on track to hire over 3,000 people across the UK, EU and NA over the next five years.

Headquartered in London, with offices in New York, the bank will operate on three fronts: taking on established banks in the market for clearing and settlement; delivering transactions banking services for the corporate market; and fielding a banking-as-a-service offfering for companies wanting to embed payments in into their products.

Harvey Schwartz, Group Chairperson of The Bank of London, said: "The Bank of London is going to address an arcane part of the global financial system – the sleepy worlds of clearing and global transaction banking. I was honoured to spend 21 years of my career at one of the leading financial institutions, retiring from Goldman Sachs in 2018 as President and Co-Chief Operating Officer. During the great financial crisis, I saw first-hand how the legacy payments, clearing and settlement processes that are at the heart of the global financial system contributed to bringing the world's economies to their knees, through their inefficiencies and inherent liquidity risk."