A Comprehensive Guide to Open Banking, Technology and Beyond 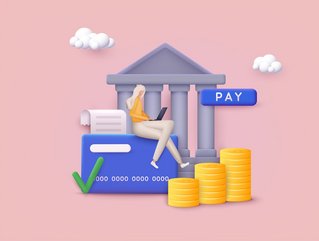 An in-depth analysis of open banking from a fintech perspective, including expert insights, along with the benefits and drawbacks of the technology.

Open banking is one of the most significant changes to the financial services sector in a generation. But what does it actually mean? And how can businesses make sure they are ready for it? This feature article will answer those questions and more. We'll start by sharing the definition of open banking and then explore what fintechs can do to prepare for it.

What is open banking?

Open banking is a regulation-driven initiative that requires banks to open their APIs (Application Programming Interfaces) to third-party providers. "At a simple level, it means enabling APIs to share your financial data with the third parties you want to share it with, in a compliant and standardised way," said Herpreet Oberoi, Vice President of Customer Success at Infostretch.

"Open banking is smart public policy. It has contributed to the UK becoming a leader in bank innovation and successful fintech innovation," added Bill Verhelle, founder and CEO of QuickFi. This technology allows those providers – including fintechs, aggregators and others – to build products and services that interact with bank customers' data.

"Since open banking was originally introduced in the form of regulation, the focus of these regulated regions has understandably been on compliance; as a result, open banking has often been painted as a compliance exercise," said Eyal Sivan, Head of Open Banking at Axway. "However, two things are changing: first, regulated players are looking to generate a return on their initial investments; and second, market-driven regions are beginning to adopt open banking in the absence of regulation. These two factors will fundamentally shift the focus of open banking over the next year, from regulatory compliance to the generation of real value."

What is the purpose of open banking?

The overall goal of open banking is twofold. First, it's intended to increase competition and innovation in the banking sector by giving fintechs, and other providers access to the data of bank customers. Second, it's designed to improve customer experience by allowing customers to understand their finances better and more easily compare products.

It's worth noting that open banking is not a new concept – it's been around in various forms for years. However, the launch of PSD2 (the Revised Payment Services Directive) in January 2018 marked a significant milestone, as it made open banking mandatory for banks in Europe.

Many other jurisdictions are also in the process of implementing open banking, and there's no doubt that it will eventually become a global standard.

"The CFPB's recent moves prove that open banking is slowly but surely maturing in the US," said Vanni Parmeggiani, Director, Open Banking & Real-Time Payments at GoCardless. "As regulators continue pushing in this direction, we expect that 2022 could be the year of the great bank opening — especially as the difference in pace between the US and other countries becomes more obvious."

The benefits of using open banking

The advantages of utilising open banking are clear. Banks can provide a better customer experience by opening up their APIs while also stimulating innovation and competition in the financial services sector. This innovation, in turn, benefits consumers, businesses, banks, and fintechs alike.

"The benefits to companies that implement aspects of open banking, such as direct data connections, are simply too high to ignore in a rapidly evolving industry," said Nick Chandi, CEO & Co-Founder of ForwardAI.

Other benefits of open banking include:

"It's early days for open banking, with many of the more interesting use cases still emerging. But in ten years time, open banking - and similar open data approaches in other sectors - will be a fundamental part of how the economy works," said Marie Walker, Co-Founder of Open Future World.

There are several benefits to utilising open banking, but a few potential drawbacks are also to consider.

First, ethics and privacy concerns may be raised due to sharing customer data with third-party providers. "Security and innovation need to go hand in hand to safeguard customer data. If open banking players do not put the right security measures in place, they leave the door wide open to cybercrime and privacy breaches," said Adam Moulson, CCO of Griffin.

Second, there is always the possibility that banks may not adopt open banking standards quickly or effectively enough, resulting in a fragmented customer experience.

Third, as with any new technology, there is always the risk of unforeseen problems arising.

There are also many other potential benefits and disadvantages of open banking which have not been covered here. However, the points above should give a good overview of both the advantages and potential challenges associated with open banking.

The role of data in open banking

The significance of data in open banking cannot be overstated. "The main tenet of open banking is that there is real value and power in financial data, and each individual should be empowered to take ownership of their data and how it can be used," stated Dan Jones, Special Counsel at Baker Botts.

Data is the lifeblood of the initiative, as it's through data, fintechs and other providers can create products and services that interact with the finances of bank customers. "The sharing of that data promises to deliver innovative new services and spur competition," stated Prakash Sinha, Technology Executive, and Evangelist for Radware.

"In total, Open Banking provides guidance on how banks can modernise their approaches and improve service to customers. However, each bank will take its own approach in practice to make these projects work for their business," said David Andrzejek, Growth Strategy at DataStax. "The role for data here is critical, as it is the big opportunity to deliver on all the promise that Open Banking has."

Data also can improve financial inclusion, as it can help banks identify and assess new customers more efficiently. In addition to providing alternatives to credit scoring, fintechs can also use data to develop products and services that are more relevant to specific demographics.

According to Ian Johnson, SVP and MD for Marqeta in Europe, "Open banking can also boost visibility into customer purchasing data to improve the speed and accuracy of decision-making in credit. This can give customers a fairer assessment based on spend and lenders reduced risk of delinquency when lines of credit are approved."

The bottom line and open banking

Open banking is a significant development with the potential to revolutionise the financial services industry. It offers many benefits for consumers, banks, and other providers, with data playing a central role in enabling these improvements.

"Innovation and digital transformation will be critical to building the banking model of the future, and a robust fintech ecosystem is one of the building blocks required to support this journey," said Matt Tegnwall, General Manager of Fraud and Security Solutions at Verint Systems.

While there are some challenges to overcome, open banking is likely to play an increasingly important role in the years ahead.

Overall, one thing is clear, according to Sam Strasser, CEO at Treasure, "The environment banks are operating in today will undoubtedly change with the adoption of open banking."