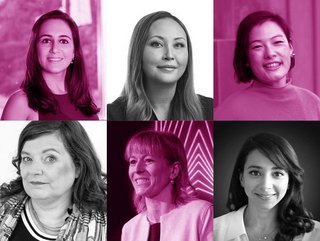 Women make up nearly 30% of this year's FinTech Top 100 Leaders list, but there is still some way to go before we achieve gender parity in the boardroom.

Female leaders account for nearly a third of those recognised in the latest FinTech Top 100 Leaders list, an annual ranking of the most influential people within the sector.

There were 29 women in the top 100 – including Nubank's Cristina Junqueira, who came first – highlighting the small steps that fintech is taking towards gender equality. That roughly corresponds to the number of women working in the fintech industry; for example, according to Tech Nation, the current gender ratio between male and female workers in UK fintech is estimated at 2:1.

However, there is still some way to go before the industry achieves parity, with EY finding that people’s perception of the gender gap is worse than it actually is, suggesting that progress is not always apparent even where it exists.

In terms of industry, most of the Top 100 comes from the financial services sector (60%), with IT services and IT consulting the second biggest sector (27%). Banking contributes 3% of the Top 100, while insurance and insurtech are responsible for 6%. And in terms of race, the list includes 16 persons of colour, again reflecting the industry’s slow crawl towards diversity.

“However, as society continues to evolve and client expectations about… diversity and inclusion grow, and as global financial regulators are demanding improvements to companies’ agendas, firms cannot ignore the under-representation any longer.

“Diversity and inclusion must form an integral part of a firm’s culture because the business case for it is so strong. It helps improve the ‘bottom line’. If firms are serious about growing their business, they need to address the question of diversity.”