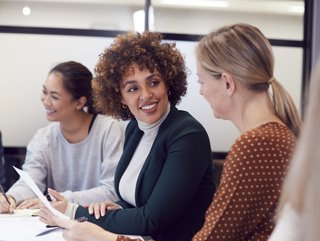 There are still "significant disparities" in perceptions of diversity and inclusion (D&I), a new report finds, with men outnumbering women by two to one.

There are still “significant disparities” in perceptions of D&I within the fintech sector, according to a new report published jointly by EY and Innovate Finance.

And nearly two-thirds (63%) of female respondents say their gender impacts how they are perceived professionally, with women more likely to feel that their views and suggestions are heard but not acted upon.

Fintech must become a leader in diversity

In a joint statement, Innovate Finance CEO Janine Hirt and EY’s EMEIA Business Transformation Leader Anita Kimber say: “Diversity is especially apt for fintechs, given that many leading solutions are designed to create a more democratic, inclusive and equitable financial services system that works for all. Over the past decade, UK fintech has gone from strength to strength. The industry is a world leader in financial services innovation. In the next decade, we believe UK fintech can – and must – become a leader in diversity and gender equality.”

Although the study focused on gender, Hirt and Kimber claim that the findings are indicative of broader D&I challenges faced by fintech firms. EY and Innovate Finance heard from older workers, people of colour, members of the LGBTQ+ community and others from underrepresented backgrounds about the challenges they face within fintech.

There is still a disparity between men and women when it comes to access to funding. Firms founded and led by women report having less access to equity and debt funding than those founded and led by men. About 40% of early-stage start-ups were fully founded or co-founded by women, the report says, but this falls to 15% for scale-ups.

The 2021 Investment Landscape Report by Innovate Finance found that just 10% of venture capital goes to female-led fintechs in the UK – a figure that has stayed flat for four years.

Twice as many men in fintech as women

The report also finds, citing research from Tech Nation, that there are still twice as many men in the fintech space as women. Interestingly, when asked to estimate how male-dominated the industry was, survey respondents on the whole were likely to think that the gap was worse than it actually is. “This misperception suggests females are not as visible as their male counterparts,” EY and Innovate Finance’s report adds.

Tech Nation’s other findings show that, away from gender, representation of minority ethnic groups is improving. Their research says that black, Asian and other minority groups make up 20% of the fintech workforce, broadly in line with the UK as a whole.

EY and Innovate Finance have put forward a number of recommendations that they believe can help firms to better address D&I challenges. They include providing more support to female founders, redesigning working environments to be more inclusive, and adopting new recruitment and engagement strategies to ensure more talented women are brought into the fintech sector.

“Fintech in the UK has been an incredible success story and is vital to the future growth of the financial services sector,” Hirt and Kimber continue. “While tech-enabled innovation grabs the headlines, human talent is at the heart of fintech’s astounding growth.

“Yet two years after the global pandemic, talent is scarcer than ever. That’s why it’s critical for fintechs to attract workers of all types. Indeed, equipping and empowering individuals to reach their full potential is precisely how the industry will fully meet its own growth potential.”