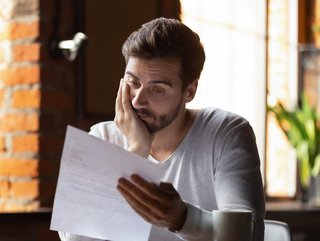 Open banking platform Tink has claimed that traditional lending models are “broken” and urged lenders to prioritise upgrading their creditworthiness assessments, after new research found just half of UK lenders are using technology to generate a credit score based on bank account data.

Tink surveyed more than 300 financial services executives across 12 countries as part of its fourth annual survey of attitudes towards open banking. It found that over two-thirds (68%) of UK lenders have tightened their affordability criteria since the COVID-19 pandemic. But Tink says that blind spots still exist in credit assessments, leading to some customers being denied access to credit unnecessarily.

For example, in another study from Tink, a third (33%) of self-employed respondents say their employment status has prevented them from obtaining a mortgage and 31% say it has hampered their ability to get credit. The fintech claims it is evidence that “some people who can afford credit are being excluded because of outdated and blinkered credit scoring models”.

As consumers face a cost-of-living crisis and the global economic situation worsens, Tink claims that “today's economic climate requires more stringent affordability assessments than the traditional lending models used”. It says that better decisioning must be at the heart of lenders’ strategy to reduce risk.

Tasha Chouhan, UK & IE Banking and Lending Director at Tink, says: “It’s clear many lenders still rely on traditional credit checks to determine eligibility for loans. There is no place for such models in our current economic climate, and the sooner this is recognised, the better the outcome will be for both lenders and consumers.

“New forward-looking models are drawing on open banking technology to provide a holistic picture of people's finances. It’s vital to protect potentially at-risk or vulnerable consumers from problem debt or default as the economic climate worsens. At the same time, it’s key to promoting financial inclusion, as people now more than ever need access to safe, affordable, and regulated borrowing options.”