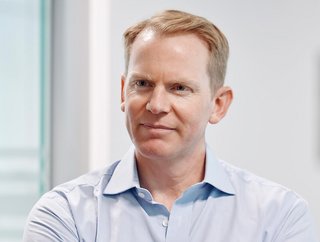 The Chief Executive of Lloyds Banking Group has hinted at more M&A activity as the bank looks for ways to help customers through the cost-of-living crisis.

The Chief Executive of Lloyds Banking Group, Charlie Nunn, has hinted that the banking giant could pursue further M&A activity within fintech.

Nunn says that Lloyds will “continue to look” for potential acquisitions and partnerships in future, particularly those that offer strong bolt-on features for its customers. The bank bought digital retirement platform Embark for almost £400mn in July 2021, and Nunn says that its integration into the wider group is “going well”. It will now seek to build new customer-facing services on top of the Embark platform.

Speaking to Bloomberg, Nunn explains: “We work with fintechs in a few ways. We have some investments with fintech partners that we see are complementary to our services, we’ve bought some fintechs that we thought could accelerate our capability build like Embark… and we’ll definitely continue to look at those as we go forward.”

However, he warns that the group is more focused on innovating around digital services itself, saying that Lloyds “can really have an impact for customers at scale in the UK in a way that no fintech can”.

The global economic slowdown has dealt a harsh blow to many fintechs, with the sector blighted by plummeting valuations and a string of layoffs. Klarna alone has seen almost US$40bn wiped off its valuation in the last few months. While the current situation might seem like bad news for the sector, venture capitalist Oliver Richards says it’s more like a "sense check" after years of bloated values. Fintechs now represent a significantly greater value proposition for prospective buyers, and large financial institutions like Lloyds may seek to take advantage of that in the coming months.

“As values go down, companies become more attractive to investors,” says Kevin Chong, Co-Head of Outward VC. “For founders, lower valuations can allow them to live up to investors’ expectations.”

Even if they’re not tempted by lower valuations, banks may still choose to ramp up their M&A activity in order to help customers deal with challenging financial circumstances. Lloyds has 26mn customers in the UK, of which 70-80% are concerned about the cost-of-living crisis, Nunn says. One-fifth of customers are having to seriously adapt to rising energy, food and fuel costs while 1% of Lloyds customers are simply unable to make ends meet. The current economic situation shows the value to large banks of integrations like Minna, the platform that lets users manage and cancel subscriptions straight from their banking app. Lloyds first partnered with Minna in 2020.

Strong H1 results show Lloyds is in ‘a good place’

Nunn’s comments come on the back of strong results for Lloyds for the first half of the year. The group announced H1 income of £8.5bn – up 12% – and post-tax profit in the region of £2.8bn. The figures demonstrate that both the economy and Lloyds’ customers are bouncing back from Covid, Nunn says, adding that the group is in “a good place” financially.

“Whilst the impact of the coronavirus pandemic has continued to recede, the persistency and impact of higher inflation remains a source of uncertainty for the UK economy as many people, households and businesses contend with cost of living pressures,” Nunn says.

The bank received more than £70bn in additional retail deposits during the pandemic, showing that customers continue to have faith in the bank and are increasing the share of business they do with Lloyds. Nunn says that the group’s H1 results show some degree of resilience in how customers are tackling the cost-of-living crisis, but says that household budgets are a real problem for some customers.