How will regulation affect 'wild west' of cryptocurrency? 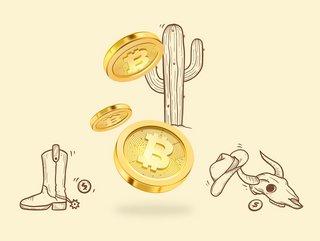 Crypto has thrived without oversight for long enough but now the prospect of meaningful regulation is a realistic one – so what does that mean in practice?

There was a time when crypto was seen as the wild west of finance – a lawless place full of shady characters where everyone was left to fend for themselves. Over the last decade, much has changed. Now, with more sophisticated use-cases for both crypto and blockchain, the prospect of meaningful regulation is finally becoming a realistic proposition.

As regulators begin making overtures to crypto companies, what will the future hold in store for the crypto space? Will stricter regulation be a force for good or will it stifle innovation and put a lid on crypto’s uncontained growth?

James Burnie is Financial Services and Fintech Partner at law firm gunnercooke, where he specialises in regulation of the crypto and blockchain landscapes. The company represents a wide range of crypto and blockchain businesses who are set to be impacted by any future regulation, but Burnie doesn’t think that new legislation would be a bad thing. In fact, a degree of regulation is definitely needed, he says. We caught up with him to discuss the future of the crypto industry and how governments are responding to the rise of crypto firms. 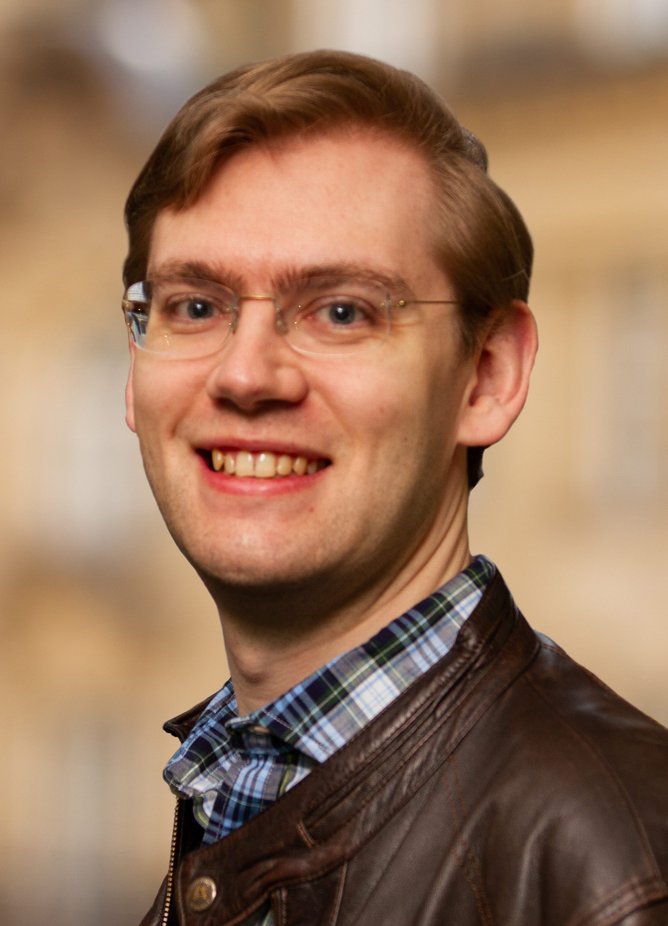 Tell us about you first of all – what’s your background and how did you get into crypto?

I am drawn to new innovations as regulation is particularly interesting when looking at its intersection with new ideas. I started in crypto by working on the first successful new cryptoasset launch (referred to as an initial coin offering) from the UK. Because that was successful and there were very few lawyers in the UK interested in the sector as things took off, my practice grew from there. As time has passed, working in crypto has moved from being almost a hobby to the core of my practice.

Who is gunnercooke and what areas of law do you practice?

Gunnercooke is a consultancy-model law firm that has around 500 employees across Europe and over £50mn turnover. We have the UK’s broadest crypto and fintech full-service practice working with over 100 clients, as well as a huge presence in Germany led by Wolfgang Richter. More recently, we have launched a specialist creative arts and blockchain practice, spearheaded by Kathryn Dodds.

What are the main regulatory considerations for crypto and blockchain companies right now?

Globally the starting point is that there are broadly two main regulatory regimes. There is the AML regime, which focuses on preventing money laundering, with the application of those rules generally determined by where the business is based. Secondly, there is the securities regime, which determines whether a token should be treated under the laws of the place where the cryptoasset is sold into.

However this position is becoming more complex. For example, Mauritius is developing a broader framework for cryptoasset firms, the UK is looking at a specialist regime for stablecoins, and in the EU MiCA (Markets in Crypto Assets) is being passed.  So we are seeing an interesting interplay between different regulators – all of which are keen to do the ‘right thing’ in relation to cryptoasset, but may have different views on what that means in practice.

What can the industry do to mitigate against volatile periods, like we’re in right now?

It is worth noting that investment is only one usage case for cryptoassets, so this is only relevant when investing in cryptoassets speculatively. Lots of projects do not involve this, and so it is not relevant for these projects that cryptoassets used for investment can be volatile.

But when looking at cryptoassets as an investment, whether the volatility is an issue depends on what you are looking for. The core issue here is the question of risk and return.

Conventional wisdom is that low-risk assets tend to have low-risk return, and higher-risk assets should give the potential for higher return.

In this light, cryptoassets are generally a high-risk/high-return asset. So as long as participants recognise this, and operate accordingly, there is no need to be nervous. For example, it is important not to be financially overexposed to cryptoassets. In this respect, the suggestion by the FCA that cryptoasset sellers may, for certain cryptoassets, be required by law to limit each retail participant’s exposure so that it does not exceed 10% of that person’s assets is an interesting one.

What should make you nervous is the concept of a low-return/high-risk asset, as here there is a danger that people mistake such an asset as being lower risk than it is.

Is the prospect of further regulation inevitably a suppressive force on the crypto space?

The concept of regulation is simply the act of a regulator being responsible for an activity. Regulators simply want to do the ‘right thing’. The complexity comes when trying to define what we mean by the ‘right thing’. For example, in Europe regulators prioritise the rights of the individual, hence the focus on consumer protection and legislation such as GDPR. In the US, the focus is on the rights of the corporate, on the basis that the corporate is the backbone to the economy. In China, the focus is on the state, on the basis that the state is best placed to make decisions for the good of people as a whole.

When it comes to innovation, the key question is not intrinsically one of suppressing innovation, as if the purpose of regulation is to stop innovation. Rather, the issue generally arises where an innovation does not easily fit with pre-conceptions of what the ‘right thing’ is, or how it should be achieved. The latter is particularly important, as it raises the question as to whether the same, or a better, outcome can be achieved using a different method than conventional wisdom.

What is interesting at the moment is seeing different regulators tackle the challenge of innovation, and trying to balance the risks against the opportunities in a sector which is still very nascent. In the UK, a welcome development in this respect has been the FCA’s CryptoSprints, which shows the regulator actively engaging with industry stakeholders with a view to improving the approach to regulation.

Do you think regulation is needed?

A degree of regulation is needed, and indeed is welcomed by participants because it brings certainty and helps remove bad actors. The key point is getting regulation right for the industry, and indeed recognising the breadth of the sector. For example, a video game company that gives cryptoassets as prizes, where the cryptoasset unlocks additional levels as an achievement, will have a very different profile to a lending-based token that seeks to produce a yield for investors. It needs to be recognised that any regulation needs to be sensitive to differences in the market, and be flexible enough to adapt. It is also likely that regulation will change over time, as functionality changes in the market.

What do you hope and expect future regulation will look like?

Often people want a single global approach to regulation, the idea being that there must be a right answer to regulation. Indeed, that would reduce the legal cost of operating, however it is not likely to ever happen.

I am expecting a range of regulatory approaches and, whilst that makes things more complicated, having a range of different approaches can be a good thing. In particular, each different business model is likely to gravitate towards the regulatory regimes best suited for that business. And this does not mean a race to the bottom, because operating in a well-run jurisdiction gives comfort to users and counterparties regarding the soundness of a business, which in turn gives it a premium.

Many ordinary consumers still don’t understand crypto and they think it has no real-world value. Are they right?

Crypto is currently having its ‘iPad vs computer’ moment. Generally, most business models using blockchain are doing things that can be done through more traditional methods. That raises the question of why change something that already works. Except ‘works’ really just means that people have put up with the alternative as the only option at the time, not that it works well.

Indeed, several years ago I had a client who never mentioned the fact that he used blockchain because users found it off-putting, rather he simply charged a tenth of the cost of his competitors whilst having a larger profit per item, which was enabled using blockchain.

A real-world example of the benefits of blockchain is transaction reporting. By law, when securities are traded on an exchange, there needs to be certain reports created regarding the transaction. By using cryptoassets to act as the relevant securities, this reporting process can be automated, bringing down costs considerably.

Over the next five years we can expect blockchain to become ubiquitous across different industries, and indeed it will not be a case of being nervous about using blockchain or cryptoassets, but rather whether people will even notice its existence.

Your practice recently started accepting crypto as payment – how important was that for you? Was it a sense of practising what you preach?

It was in part a sense of practising what we preach, because it is difficult to argue in favour of cryptoassets if you do not accept them. But it is also a matter of accepting where things are headed. Businesses are rapidly moving along the adoption curve as cryptoassets are already accepted as a form of payment in many sectors, and major organisations such as Microsoft and PayPal readily receive bitcoin. Many large economies are reviewing how they might incorporate cryptoassets as a payment mechanism alongside traditional fiat currency. Whilst the current market volatility attracts headlines, the direction of travel into the mainstream appears clear and it’s highly likely to become even more widely adopted over the coming years.

It’s also about keeping up with business developments more broadly. It doesn’t hold true with the traditional perception that all lawyers are slow to adapt to modernisation, as gunnercooke has one of the leading crypto and fintech full-service practices in the UK. It just makes perfect sense for the firm to accept this form of payment.

There is  increasing demand from both clients and prospects in this space to pay fees in this way, so it’s important from a client service and new business perspective to offer this option.