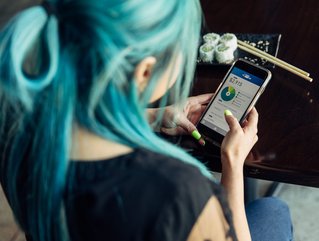 Generation-Z is more likely to be risk-averse with their investments, according to new analysis from the owner of investing platforms Moomoo and Futubull.

Generation-Z is more likely to be risk-averse with their investments than older generations, according to a new survey, dispelling the myth that younger consumers are more reckless with their money.

Futu Holdings, which owns digital wealth management platforms Moomoo and Futubull, compared investment values on its two apps for the first half of the year for consumers in Hong Kong, Singapore and the US. In total, the company serves nearly 20mn users across its platforms. The results offer an insightful glimpse into retail investor trends and behaviours.

The data shows that Gen-Z (born after 1997) has a different risk appetite to Gen-X (born before 1980). Futu took Gen-X to be the greatest risk-takers as their stock position remained highest over the period, while Gen-Z’s declined significantly. Those younger consumers were also more likely to hold investments in funds and bonds, accounting for 14.9% and 7.7% of Gen-Z investments respectively.

Futu also claims that their statistical analysis, published in a new white paper, shows that women are more diversified with their investments than men – including that they are more likely to hold investments that are composed of bonds.

It says that consumers generally are choosing to diversify their portfolios against a backdrop of greater macroeconomic uncertainty, with all markets analysed seeing a decline in stock weighting as a proportion of users’ overall investment portfolios.

“Financial markets were extremely volatile in the first half of 2022 due to the ongoing pandemic, geopolitics, inflation concerns, and the US Fed’s interest rate hike,” the company says.

Finally, when looking at trading frequency, Hong Kong-based investors traded the most per day on average, followed by the US and lastly Singapore.