Why one in five UK consumers are now using challenger banks 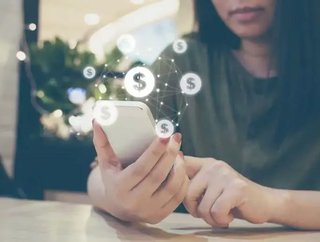 Convenience, innovation and trust are redefining consumer banking behaviour, according to recent research from A.T. Kearney More than one fifth of UK c...

Convenience, innovation and trust are redefining consumer banking behaviour, according to recent research from A.T. Kearney

More than one fifth of UK consumers consider their primary bank account to be with a challenger bank, the global management consultancy has revealed, with that figure rising to one third for Millennial consumers. Further, one in eight consumers prefer to use a challenger bank when shopping online.

In How Convenience, Innovation, and Trust Will Shape Tomorrow's Banking, A.T. Kearney points to a financial landscape which challenger banks are intent on dominating. Through a survey of more than 2,000 UK consumers who use bank accounts and other services provided by traditional banks and/or challengers, it finds that the latter are "beginning to colonise the custom of the most economically active demographic - those under 38". This trend, it adds, will continue as Generation Z comes of age.

In contrast, it was found that consumers are using their challenger bank accounts for "purchases that provide banks with the complex and highly revealing data they need to maintain the most intimate relationship with their customers: their everyday spend on matters such as travel, going out and shopping."

Personalisation and customer centricity are key drivers in the financial services sector, as both incumbents and fintechs innovate to meet evolving consumer demand. In this regard, says A.T. Kearney, those banks that can keep and use the aforementioned data will be best positioned to continue to provide products that are in line with those expectations, thus ultimately increasing their market share.

A question of trust

That consumers still use traditional banks for their more important financial activities, says A.T. Kearney, indicates that they still retain one key advantage: trust. This is even true among younger consumers. For example, it was found that "Generation Z is very conscious of the need to protect their data and almost a quarter of respondents in this age bracket said they would switch from a challenger bank to a traditional bank if the challenger suffered a data breach."

A.T. Kearney suggests a 'tipping point' in the industry as a result of challenger banks increasingly being used for day-to-day spending activities that allow a bank to retain an intimate understanding of its consumers' habits and lifestyles. How the traditional banks respond to this threat, it says, will determine how successful they are in the future.

In particular, they should consider adopting the strongest facets of those challenger banks, such as convenience, their compatibility across digital platforms and their simplicity.

“Challenger banks may be new to the market but they’re intent on dominating it," says Simon Kent, Global Head of Financial Services at the organisation. "Their flexibility within the market combined with an innovative range of products make them an attractive alternative to traditional banks.

"Traditional banks continue to dominate the market, considered more financially stable and trusted by loyal customers and challenger banking customers alike with the biggest and most important transactions, but with many millennials opting for the younger and hungrier competition, the market is set to change dramatically if high street banks fail to act. If traditional banks want to stay relevant, they must quickly adapt whilst capitalising on their biggest asset: trust.”