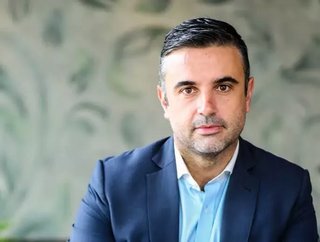 HAYVN is the new global standard in institutional digital currencies. Its fully compliant platform provides secure OTC, custody, and research capabilities, delivering transparency, security and enhanced compliance. Chris Flinos, co-founder of HAYVN, shares with us his insight into why the GCC will become a leading financial hub for digital assets.

Over the last 18 months we have witnessed a boom, bust and recovery in cryptocurrencies and digital assets, from the roller-coaster ride in the Bitcoin price, through to the crash in ICO issuance, and then to the recent rally. Sceptics will argue that this volatility was inevitable, given the perceived lack of regulation and investor protection in this nascent asset class.

Is the so-called ‘crypto winter’ over? The recent rebound in bitcoin might suggest so but ultimately, I would argue that it doesn’t matter what particular cryptocurrency might be up or down. Bitcoin or Ethereum won’t necessarily win out in the battle to be preeminent digital currency. Nor will the crypto revolution happen overnight. But it is happening.

If you’re looking for analogies, I would compare this to 1994 when Netscape launched Navigator, the first web browser. Netscape never survived past 1999, but can you say the same about the internet?! The underlying point is that both the blockchain infrastructure and the digital currencies that it enables are both here to stay- and they are quietly revolutionising capital markets.

Part of the slow adoption of, and volatility in, cryptocurrencies has been down to the lack of regulation which had effectively created two parallel worlds struggling to make sense of each other- the traditional financial world and the upstart new digital currency world. This schism is starting to narrow, as tougher regulation is enacted globally and the digital currency space begins taking on characteristics of the traditional capital markets. Encouraged by regulation, institutional investment is helping to drive this transition into a regulated financial asset class.

In recent months we have seen some of the biggest names in finance dip their cautious toes into the sector. First JPMorgan announced they would launch their own cryptocurrency. More recently, media reported that Fidelity would soon be offering crypto trading to its clients. HNW and family office interest is gaining. A recent survey by financial advisor deVere Group showed that more than two thirds of HNWIs would be invested in crypto by 2022.

The crypto industry must embrace tougher regulation if it is to continue transitioning into a financial asset class and attracting institutional interest. And those financial hubs that can move more swiftly to provide a tough but pragmatic regulatory framework will attract more crypto start-ups, more entrepreneurs and more investment.

That’s where the Gulf region comes into play.

Even today, we see GCC governments proactively driving the implementation of digital currencies forward well ahead of their global peers. We are encouraged by the Saudi Arabian and UAE governments’ move to pilot a shared digital currency for cross-border bank transactions. The UAE itself is reportedly aiming for half of all government transactions to be processed through the blockchain. Saudi Arabia is already one of the world’s biggest digital currency markets, driven by a young and dynamic population who tend to have a more ambitious investment profile and a higher tolerance for risk and return.

Tough, but sensible regional regulation is helping to attract global digital currency players, led by both Bahrain and Abu Dhabi. In June 2018, the Abu Dhabi Global Market (ADGM) quietly unveiled the world’s most advanced framework to regulate digital assets. The framework addresses the full range of risks associated with crypto asset activities- looking at consumer protection, custody, technology governance risks related to financial criminality and money laundering. This is an ongoing process, reflecting the dynamic nature of this asset class. For instance, only this month the ADGM provided further guidance on stable coins, digital currencies that are pegged to a fiat currency such as the dollar.

They have developed a robust, protective framework for businesses and investors, that will also attract bona fide digital currency actors who want to embrace regulation. They do this because they realise that strong and effective regulation will see this industry grow exponentially as it transitions into a key component of traditional capital markets. It is precisely for this reason that Hayvn, our global digital currency platform, was attracted to base itself in Abu Dhabi and has sought to be regulated within the Abu Dhabi Global Market.