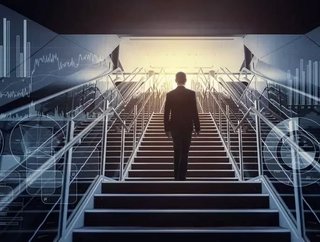 The top 50 and emerging 50 fintechs transforming the global financial services sector in 2019 have been revealed, courtesy of KPMG's 2019 Fintech100 rep...

The top 50 and emerging 50 fintechs transforming the global financial services sector in 2019 have been revealed, courtesy of KPMG's 2019 Fintech100 report.

Fintechs are rapidly globalising across multiple jurisdictions; Open Banking has driven fintech sector evolution over the last year; and an increasing number of incumbents and global technology players are becoming fintech innovators. These are just some of the key industry trends highlighted in KPMG's latest iteration of its annual Fintech100 report.

The document, which is the culmination of work between KPMG's global fintech practice and data and AI-focused venture capital investment firm, H2 Ventures, recognises innovative companies that are disrupting the financial services sector or offering services and products that have assumed market dominance. Companies were selected based on criteria including average annual capital raised, geographic and sectoral diversity and their 'X Factor'. The latter is a subjective measure used for those companies appearing on the emerging list

In some respects, market growth - and certainly dominance - has followed that shown in 2018. For example, KPMG revealed that payments and transactions companies continued to dominate this year's list (26 of those businesses ranked, for example). They were followed by wealth companies (20), insurance organisations (17) and lending firms (15).

Geographically, 2019 was dominated by those fintechs in Southeast Asia, with 42 companies listed being located in Asia Pacific. Similarly, it was also revealed that eight of 11 companies that exceeded the US$1bn mark in funds raised in the past three years are from China, India and Southeast Asia.

This year's list is a veritable who's who of fintech disruptors and innovators worldwide, many of which have featured in FinTech magazine. According to KPMG's 2019's top 10 fintech companies are: