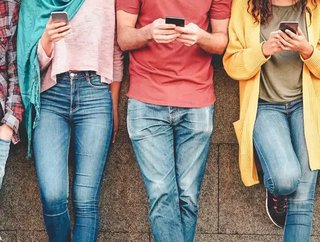 Venmo, the mobile payment service owned by PayPal, is reportedly testing a feature that could set up debit cards for teens It was reported by TechCrunc...

Venmo, the mobile payment service owned by PayPal, is reportedly testing a feature that could set up debit cards for teens

It was reported by TechCrunch that the mobile payment service has been seen to be trialling a potential new feature that could allow adult users to set up debit card, connected to their accounts, that can be used by teenage children.

The feature was, according to the report, noted by app researcher and reverse engineering specialist Jane Munchun who found that, hidden in Venmo's Android app is code that reveals a 'delegate card' feature.

Apparently this is designed to allow users to set up a debit card that can be connected to their accounts, but which also has privileges limited. Such a feature could allow parents to maintain control over their children's spending habits while also ensuring they have funds for any emergencies, for example.

It was reported that Munchun shared a setup screen that included information such as "enter your teen's info".

Venmo has responded to requests for more information by stating that it "frequently tests product offerings to understand the value it could have" for customers. It is yet to be confirmed if there are any firm plans to launch teen debit cards.

Such a development would certainly suit Venmo's overarching vision. The company, which was first acquired by Braintree for $26.2mn in 2012, before the latter was itself acquired by PayPal in 2013 for $800mn, was designed for sharing experiences with friends and family.

It is, in its most simple form, all about the social aspect of managing finances. For example. it provides a method for users to pay their friends when they owe them money and don't want to deal with cash. Rather, Venmo's mobile app controls transfers, so long as both sender and receiver are US based.

Venmo customers can make these payments using money they already hold in Venmo, or the app can link to their bank account or debit card. In addition, the platform can be used as a payment option through PayPal, allowing users access to a host of websites and online shopping options.