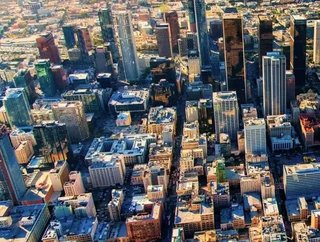 In July’s edition of FinTech Magazine we broke down our Top 10 Global Fintech Hubs. In at number 9 is Los Angeles...

While Silicon Valley and New York’s financial quarters are often touted as thriving fintech ecosystems, Los Angeles has no shortage of contenders looking to disrupt this belief.

“There has been a lot of net migration to the tech scene in Los Angeles. We’ve seen founders increasingly look away from the extremely high costs and hypercompetitive business environment in the Bay Area and toward L.A.” - Ben Savage, partner at Clocktower Technology Ventures

The city has, in recent years, seen a growth in both startup activity and venture capital investments, which has fuelled momentum for several of LA’s leading fintechs, including Aspiration, Tala and Honey.

Those involved in LA fintech, state the city’s rich and vibrant culture as a key driver for innovation, with Andrei Cherny, founder and CEO of Aspiration Partners - which offers banking and investing solutions - stating that “there is a lot of groupthink and inside-the-bubble mentality, by not being locked into the pack mentality, it lets you experiment and innovate in new ways.”