Tech Nation: ‘the UK is a fintech centre of excellence’ 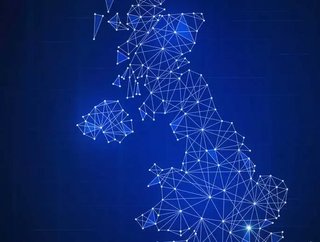 Greg Michel, Head of Sector Programmes at Tech Nation, tells FinTech why the UK is the best hub for fintech. Over the last year, the performance of t...

Greg Michel, Head of Sector Programmes at Tech Nation, tells FinTech why the UK is the best hub for fintech.

Over the last year, the performance of the UK’s digital tech sector has been world-leading, with British firms attracting more capital than any other European country. Our great strength in technology and innovation, built on the UK’s excellence in R&D and creative thinking, is demonstrated by the breadth of tech activity right across the country, and the powerful networks being forged by the next generation of entrepreneurs.

Fintech is a blossoming sector, and the UK is number one in the world for scaleup investment into fintech firms - generating GB£4.5bn in funding between 2015 and 2018. Ambitious fintech scaleups such as OakNorth, Monzo, Starling and Revolut are already becoming household names and growing globally. This impressive growth is generated by the 788 high-growth fintech companies right across the UK at all stages of growth. In Europe, the UK fintech sector has a significant lead, and even dwarfs the combined total of 441 French and German fintech outfits.

For a long time London has been the European capital of finance. In the East of the city, hundreds of financial institutions dominate the skyline and the economy. The majority of fintech firms, 71% are based in London. However,  many are choosing to set up shop outside the traditional financial heartlands of the City of London and Canary Wharf. Fintech businesses in Hackney and Westminster are thriving, with 150 companies between them.

This geographic bias is unsurprising. London has always been home to the UK’s and Europe’s most dominant financial services. It is also the centre of governance and financial regulation nationally. In an industry so dependent on legal rules, being close to regulators is invaluable. For instance, initiatives such as the FCA’s fintech sandbox allow new firms to innovate in a closed and safe environment, but the authority’s head office is in East London. Equally, almost all of the UK’s premier fintech accelerators are based in the East End. 85% of the accelerators for UK fintech firms are also in London. These pull factors add up, and go some way to explain London’s dominance in the field.

But fintech is not the exclusive preserve of the capital, with fintech firms found in all UK regions, including the North East, Yorkshire & Humberside and Northern Ireland. For instance, Durham-based Atom Bank is revolutionising commercial lending. Its customer-centric approach to banking makes getting a personal mortgage or loan as easy as possible. Penarth based Wealthify is also a great example of a household name in fintech outside of London. It’s investment platform makes investment accessible to everyone and last year the company exited having raised £2.14 mn. Initiatives like Fintech North and similar ones in Scotland, Wales and the West have also sprung up to showcase the best fintech companies their region and country has to offer.

Last year was an exceptionally strong year for investment in the UK fintech sector as it attracted a record £2 billion in VC funding, including many weighty deals, indicating a maturing ecosystem. What’s more, this is twice the amount raised in each of the three years before. But nearly half of the UK’s high-growth fintech firms are still at seed stage, and we need to feed the pipeline for continued success in this thriving sector. This is why Tech Nation, the scaleup network for UK entrepreneurs, decided to create a sector-specific fintech programme which identifies the rising stars in the industry and helps them scale to even greater horizons.

Run for the first time in 2018, the bespoke growth programme is specifically designed to pass on the unique knowledge of accomplished fintech entrepreneurs to those hoping to follow in their footsteps. Connections are also made and opportunities created for the founders of the UK’s most promising fintech scaleups. Insight sessions are delivered by renowned entrepreneurs such as Rishi Khosla, Lesley Eccles and Justin Basini, covering topics such as scaling teams, getting regulated, partnering with financial service firms and expanding internationally.

The 2.0 Fintech Cohort will be announced in September and will be looking to replicate the first programme’s success. Key to the fintech programme and to Tech Nation’s ambition for the UK tech sector is to build on the UK’s natural strengths and world renown for investment and talent, and to create opportunities for the most promising companies wherever they are based, so that they can compete on the global stage.