The rise of the challenger banks 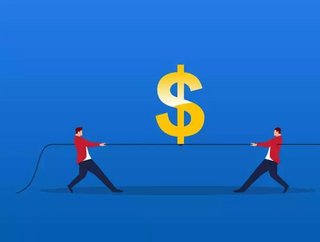 We take a look at the rapidly growing challenger bank sector, courtesy of FT Partners' new report Challenger banks are, as their name suggest, rising t...

Challenger banks are, as their name suggest, rising to the ascendency in the financial services industry.

The rise of the challenger bank is, according to a new report published by FT Partners, a global phenomenon. The report, The Rise of Challenger Banks: Are the Apps Taking Over?, explains that 12 challengers have raised US$100mn or more in equity financing, with six currently valued $1bn or more.

At the top of the pile is Nubank, a São Paulo, Brazil-based neobank that is largest fintech in Latin America, the world's largest challenger bank and one of the most innovative companies in the world, according to the 2019 Fast Company ranking.

According to the report, Nubank has some 15 million users currently and has raised $906mn in funding, nearly $100mn more than the second largest player on the list: US-based Chime, which has raised $805mn and is currently used by 6.5 million customers.

Europe in the lead

FT Partners recognised the leading role that European challenger banks have taken in the industry, with regulatory changes such as Open Banking and the implementation of PSD2 creating a welcoming environment for growth and lessened the barriers for new market entrants.

It also states that "in 2017, there was a shift in banking activity, with more than half of Europeans shifting to digital forms of banking. Europe’s leading economies including the UK, Germany and France spearheaded the change".

In terms of specific market leaders, Revolut is at the helm. The company, which provides a host of services including prepaid debit card, fee free currency exchange, commission free stock trading, cryptocurrency exchange and peer-to-peer payments, is available in the 30 countries.

Since its launch in 2015, Revolut has gained customers at an exponential rate, reaching six million in July of 2019; that figure continues to grow. As of December 2019, the business was the world's third largest challenger back, behind only Nubank and Nickel and ahead of TransferWise and N26.

The complete The Rise of Challenger Banks: Are the Apps Taking Over? report can be read by clicking on the link. We'll be taking a closer look at some of the findings, as well as what they mean for the wider financial services sector, over the coming weeks.