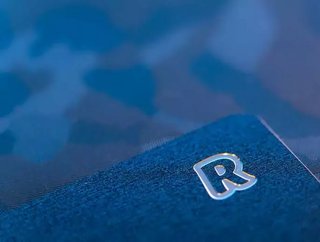 Revolut will commence issuing its cards in the US by the end of 2019 in partnership with Mastercard, it has been announced. The digital banking fintech...

Revolut will commence issuing its cards in the US by the end of 2019 in partnership with Mastercard, it has been announced.

The digital banking fintech has agreed a partnership with Mastercard that will see all its first debit cards in the US issued via the payments company; it was also reported that a minimum of half of Revolut's European cards will also feature Mastercard branding.

According to a report by Reuters on 22 October, Revolut Chief Executive and Founder, Nikolay Storonsky, said the announcement confirms that that the two businesses will "partner of a minimum of 50% of all existing and future cards Revolut issue in Europe." He added that "We're going to ensure our product is better value for customer, most US Banks charge $10 a month for an account and $10-$15 for local transfers and we'll be offering both for free."

This follows a separate announcement in September, in which it was revealed that Revolut and Visa had entered into a new global collaboration to push its services into five new regions.

The agreement saw Revolut choose Visa as ‘Lead Issuing Partner’, building on an already successful partnership the two have in Europe. Under the agreement, Revolut’s services will be offered to five new regions and reach 24 new markets, primarily through Visa-branded cards.

Revolut is on the rise. In September, the company reached second place on the LinkedIn Top Startups 2019 list, following closely on the heels of digital, mobile-only bank Monzo.

The company offers a range of digital banking services, including a prepaid debit card, currency exchange services, a cryptocurrency exchange and peer-to-peer payments. Everything is controlled by the Revolut App, which is available for iOS and Android and supports spending and ATM withdrawals in more than 100 currencies and sending directly from the app in 29 currencies.

Storonsky founded the company with Vlad Yatsenko in July 2015; today is has more than seven million customers worldwide and has handled approximately $340mn in investments.