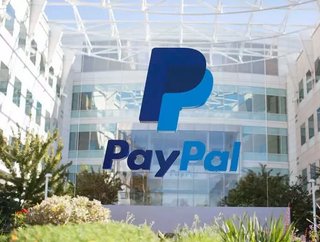 PayPal has become the first foreign company to receive a payments licence in China, following its acquisition of a stake in Gofubao (Gopay). The deal...

PayPal has become the first foreign company to receive a payments licence in China, following its acquisition of a stake in Gofubao (Gopay).

The deal, announced on 30 September, sees PayPal acquire a majority (70%) stake in Gopay, a small online payments business in China specialising in a range of payments services for businesses involved with e-commerce, travel and trade across borders.

The agreement sees PayPal become the first foreign company to have a presence in China's payments market - previously the nation's government had announced plans to open up its financial services to overseas business, although this is the first instance of this happening.

The People's Bank of China approved the acquisition, and it has been reported that GoPay has licenses for both online and mobile transactions. It was reported by Techcrunch that PayPal acquired its stake in the business through Yinbaobao Information Technology, a Shanghai-based subsidiary business.

The move could prove lucrative for PayPal. According to a January 2019 report from Frost & Sullivan, for example, the Chinese mobile payments market could grow by nearly 22% to $96.73trn by 2023.

The report, which highlighted the increasing demand for e-commerce in China as a driver for future growth, also found that the number of active mobile payment users in the country could double by the same date. The market is currently dominated by several companies, including Tencent and Alibaba.

In a statement, PayPal said the transaction could be finalised in Q4 2019, adding "We look forward to partnering with China’s financial institutions and technology platforms, providing a more comprehensive set of payment solutions to businesses and consumers, both in China and globally."