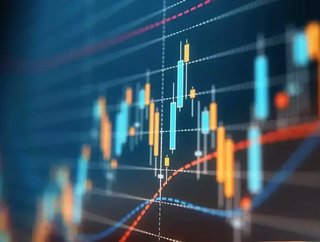 The UK’s total trade balance increased to a surplus of £1.4bn in the three months to February 2020, the Office for National Statistics (ONS) has foun...

The UK’s total trade balance increased to a surplus of £1.4bn in the three months to February 2020, the Office for National Statistics (ONS) has found

The ONS has published its UK Trade: February 2020 statistics. These show information relating to the UK economy, specifically the total value of UK exports and imports of goods and services in current prices, chained volume measures and implied deflators.

It was revealed that the total trade (goods and services), excluding non-monetary gold and other precious metals, increased by £6.6bn to a surplus of £1.4bn in the three months up to February 2020.

The ONS recognised that this is the first underlying total trade surplus, on a three-month basis, since comparable records began. It attributed it largely to imports falling over the same period by £10.1bn to £170.7bn.

The £6.6bn increase in total trade balance came due to a £6.4bn narrowing of the trade in goods deficit to £23.2bn, as imports fell by more than exports. In particular, goods imports fell by close to £10bn (£9.2bn) - this covered goods including:

Other key points related to total trade balance, include:

According to the ONS: “There is currently a low level of evidence suggestive of COVID-19-realted impacts on UK trade. The month of February 2020 saw small falls in imports from China, for example, in machinery and transport equipment, miscellaneous manufactures, and material manufactures.” 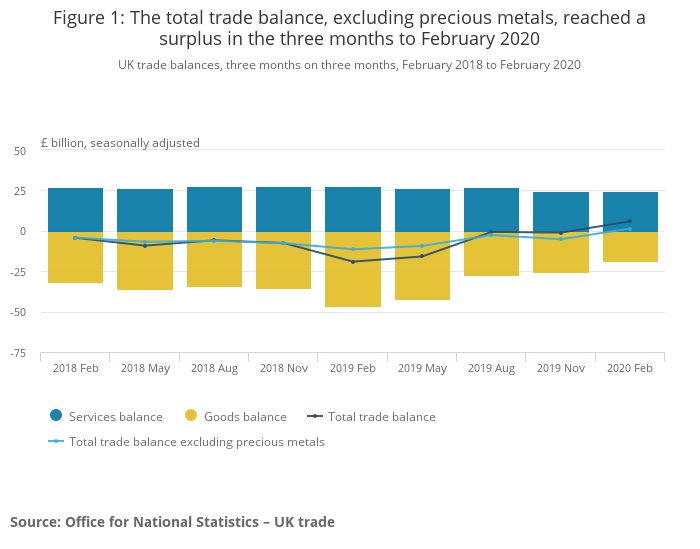 The narrowing of trade in goods deficit with both EU and non-EU countries was caused by imports falling more than exports, said the ONS.

Goods imports from the EU, for example, fell by £6.9bn; exports to EU countries fell by a lesser £0.8bn. For non-EU countries, imports fell by £2.3bn compared to a fall in exports of £1.9bn.

“The game has changed”

Recognising the precarious state of the global economy, and the pace at which coronavirus can change industries worldwide, the ONS said that “it should be noted that monthly data can be erratic”.

According to Dr. Kerstin Braun, President of Stenn Group: "The game has completely changed with the COVID-19 pandemic, rendering these results largely insignificant.

Braun referenced the UK’s economy shrinking at “record pace”, and explained that “the immediate focus going into summer will be on business recovery and survival, supported by government measures to soften the impact of the shutdown.”

However, he also added that the recovery is likely to be uneven. Suggesting “essential sectors such as food and pharmaceuticals faring better than discretionary goods.

“We can expect that consumer spending will be muted for some time and will only come back as jobs return and uncertainty fades. Companies engaged in exports of both goods and services should expect strong competition and even protectionist measures as governments do whatever they can to shore up domestic economies."