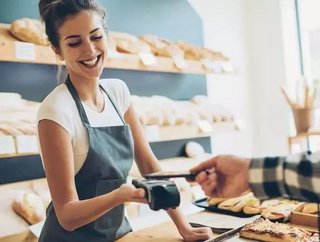 Having bank details lost or stolen is something many of us have experienced, but as technology continues to disrupt the finance industry the lengthy process of resolving the problem seems increasingly archaic. This was certainly the case for Alastair Johnson, founder and CEO of blockchain startup Nuggets, upon losing his own card details. When he eventually received his replacement card, he had to re-enter new information on dozens of websites and was struck by the lack of both convenience and security at a time when data breaches were making the headlines. “You wouldn’t write down your mother’s maiden name, email address and national insurance (NI) number on a post-it note and leave it in every cash till on the high street – but in a digital sense we do that all over the place,” he comments.

The experience prompted Johnson to found Nuggets, which promises to help customers “take back control” of their data in 2016. The ecommerce payment and ID platform allows users to store their payment details on blockchain technology to achieve a single sign-on method which means personal data doesn’t need to be shared with multiple organisations. “You can transact securely and verify your identity without somebody having access to that data and being able to take over your information. If a business doesn’t log the personal data in their centralised silos in the first place, it can’t be breached,” Johnson explains.

With breaches at large tech companies cited as a ‘tipping point’, a recent study by Gartner has found for the first time that privacy is becoming more of a priority over convenience for consumers – in 2009, it was reported that consumers remained unwilling to sacrifice convenience to keep their data secure. As organisations battle to develop their cybersecurity offerings, Johnson cites two reasons for the failings we see in the headlines. “There are people who don’t understand tech and are being victimised for that and there’s the other side where people do understand it and they’re trying to do best practices but those options where you have to log in with a username and password still exist.”

A key challenge for any tech company then, no matter which platform is being provided, is to ensure convenience while also assuring customers that keeping their data secure is top priority – but for Johnson’s single sign-on vision this presents more of an opportunity. “It actually gets more convenient with all the security, because you’re not passing around usernames and passwords: you’re verifying ID across a network. So, it’s a lot more secure and convenient – you get the best of both worlds.”

Staying secure in a cashless society

In an increasingly cashless landscape, Johnson explains how a single sign-on system using blockchain will enable various societies to complete the transition away from cash and even card. “Now we have the technology to leapfrog plastic with a funded digital identity which can then be associated with a digital watch or fitness band. It’s crazy that we’re still relying on this bit of plastic with a chip to come through in the post a week after it’s been cloned,” Johnson argues, adding that cashless has yet to go far enough. “Even though you have Apple Pay and Android Pay, we’re still adding a plastic card of information to make that work as a secure payment source. At Nuggets, were saying ‘why don’t I add my digital ID to that payment app, so it allows access to my payment but I don’t need a plastic card that the numbers can be copied off?’”

Tying in with the development of open banking which will involve closer collaboration and data sharing, Johnson feels that the future of ID technology should be agnostic. “In the past, you’ve seen a lot of wallet apps from different schemes, but wouldn’t it make sense that they all tied back to the same APIs and services? When mobile phones first came out, you could only ring other people on the same network – this only lasted about six months. In the early days, everyone comes out with their version but at the end of the day, the agnostic approach is going to be a winner.”

In China, fast becoming the home of cashless payments, Nuggets has entered into a partnership with mobile payment technology, service and solution provider QFPay, which is used by epayment giants Alipay and WeChat Pay, serving over one million merchants across Asia. This partnership will mean Alipay and WeChat Pay users can use a digital ID to make payments as opposed to attaching these to a bank card. “You can’t compete against WeChat Pay and AliPay but you can add value to them,” says Johnson. “Currently you’re going back to plastic to enable them – you’re basically rerouting to the old system. The potential is that you have your login and maybe your profile data within your own realm but it can be used for those products and services.” In Asia and further afield, Johnson is keen to highlight the potential of ID technology for business, particularly for SMEs. “It enables small businesses, people at food festivals or taxi drivers to transact without that chunky terminal. The potential for the smaller is immediately accessible… and this can also benefit larger businesses as well.”

A blockchain based future

For Johnson, blockchain technology was a clear choice in implementing a more secure and convenient platform. “We spent time looking at other solutions to get to the same point – the key one being zero knowledge storage. Existing systems that do zero knowledge storage are quite clunky, and often they’ve got root level access to providers and such like. With blockchain, only the user has the key to their information,” he explains. “We have zero knowledge, we have the decentralised network, and we have encryption to an extremely high level – so blockchain ticked many boxes.” In addition, blockchain allows a kind of credit history to be set up due to the log it takes of every activity. “If you go and do 100 different payments to different places it demonstrates proof that you are a good actor on the network to the next person – you don’t have to be risk assessed.”

For any blockchain founder – and Johnson isn’t just ‘any’ founder, having been shortlisted for ‘Blockchain Founder of the Year’ at the 2018 BMW i UK Tech Founder Awards – it is often necessary to play the part of evangelist for this fairly new technology which is often mistrusted or misunderstood, but even in the past six months Johnson says the potential is finally being recognised. “It’s not just an intriguing tech conversation now – we’re starting to see real use cases coming out for blockchain and being applied. 2018 has brought the understanding of how consumers can react closely with the blockchain. In years to come, people won’t know or care if they’re on the blockchain; it’ll be fixed into life,” he anticipates.

This article was first featured in the February issue of FinTech Magazine.