Money20/20: the future of digital banks and neobanks 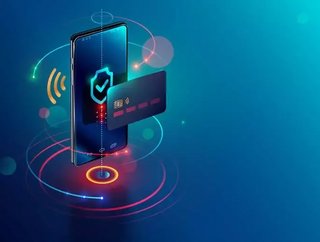 Neobanks, those digital-only, innovative banks and financial services companies with no physical branches, legacy technologies or processes, are dominating the fintech market like never before. The second half of the last decade in particular saw exponential growth, with an estimated 39 million users worldwide embracing the customer-focused, fully digital, ‘freemium’ business models they offer.

For neobanks, the market is filled with both opportunity and competition. The latter has seen many businesses focus on greater innovation or customer-driven features such as better or no overdraft rates, minimal or no fees and other sign-up incentives, as they compete for the market. At the sharp end, only last year Varo Money made tentative steps towards becoming the first all-mobile bank in the history of the US, being granted preliminary approval for a National Bank Charter from the Officer of the Comptroller of the Currency.

There is, it would appear, much for incumbent banks and financial organisations to be concerned about. While several are making inroads into the development of their own digital hubs or acquiring and entering partnerships with innovators, competition from neo and challenger banks will only increase.

This subject was the overarching theme of one of Money20/20 USA’s leading keynote debates. The event, which took place in Las Vegas at the end of October last year, was dominated by several key topics, including the ongoing focus on customer experience and personalisation, the use of financial technology and innovations for good or social benefit, and the future of digital banking from a broader perspective.

These ideas were neatly bundled into an hour-long debate centred on neo and challenger banks and their disruptive impact on the market. Aptly named ‘Battle over Billions’, the unique keynote panel discussion saw Chris Britt, Founder and CEO of Chime, Judith Erwin, CEO of Grasshopper and Colin Walsh, CEO and co-Founder of Varo, debate the need for an alternative to traditional banks, the importance of customer service and whether acquiring a banking licence can be a gamechanger.

On the shift towards neobanks, challenger banks and fintechs by consumers, as well as the industry-wide focus on building user experience and personalisation into financial services, Walsh told the audience that “there are just too many consumers in this country that are underserved and overcharged by the existing banks”, pointing to a society that has experienced two decades of poor income growth but a steady increase in outgoings.

“And if you don’t have a lot of financial assets, it’s very difficult for banks, with their legacy technologies, branch infrastructure and cash handling to serve these kinds of customers well,” he said.

“The time is right for new disruptive digital models that have substantially lower cost structures to enter the market and serve these customers - the fact that our businesses are getting so much traction shows the demand exists.”

"It's a really exciting time"

Varo, as Walsh told the Money20/20 audience, was built around the premise of “banking that’s not a system of haves and have nots, but a place where everyone can succeed”. The brand innovates in the areas that it believes are most important to its customers, focusing on financial health, how to make money work harder, offering a no-fee overdraft and ensuring an effective balance between innovative technology and human interaction.

Elaborating on the same theme, Erwin said that banks are “trapped within their own legacy systems”, making it difficult for them to work in the same way as the newer generation of financial services companies.

Britt too recognised innovation as a differentiating factor, citing the relative ease with which younger, digitally-savvy entrepreneurs can build a business from the ground up in today’s market and the advantage granted by their wealth of knowledge within the burgeoning sector.

“It’s a really exciting time, particularly for consumers,” he told the audience. “There are great things happening right across fintech now, and so many good options emerging from companies that are way more consumer focused, digitally and mobile driven, which is really optimising that customer experience aspect that’s so important in banking and financial services.”

To bank, or not to bank?

Unlike Varo, which was granted its preliminary approval for a National Bank Charter last autumn and is well on its way to becoming a true bank, Chime, like many of its digital banking peers, partners with FDIC-insured banks. 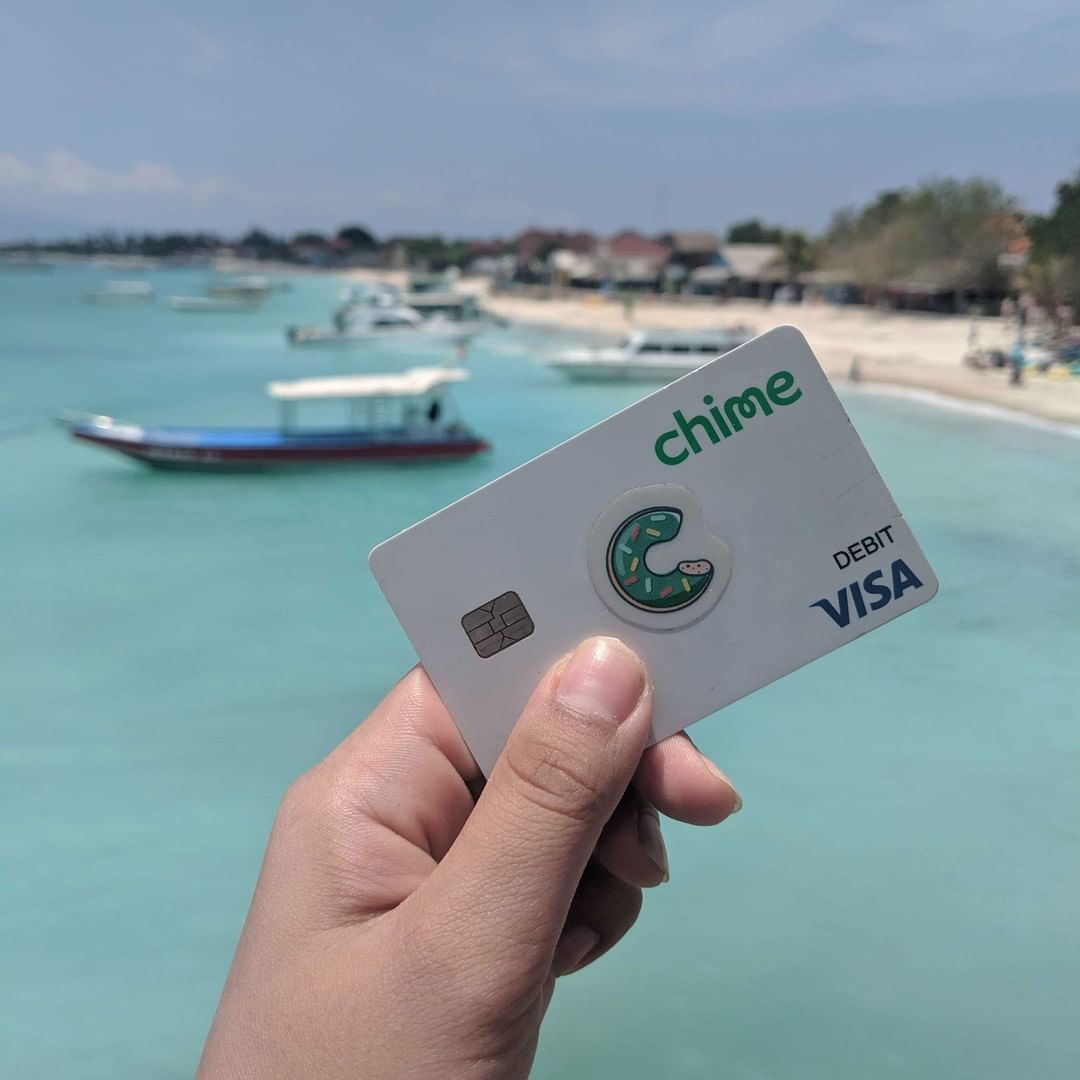 The approach is a popular route for fintechs with no banking charter that typically sees the bank being responsible for the regulatory aspects of the business and the fintechs more free to innovate. Chime, according to Britt, “is the largest and fastest growing company in the challenger banking space, founded on the fundamental belief that basic banking services should be free and that customers shouldn’t have to pay institutions to hold their money.”

Discussing the merits of these approaches to the market, the panellists were asked whether the ability to disrupt banking diminishes as the challenger evolves into a bank in the truer sense.

Britt highlighted Chime’s several partnerships, stating that “the notion that you have to be a bank to have a great suite of banking services is false. We’ve been able to scale to many millions of accounts, all through partnerships making it a tried and tested model that works, depending on your strategy.

"If, for example, your intention is to heavily lean into lending and you want to lower your cost of capital, then pursuing a bank charter makes sense. We’re more like a consumer app or a transaction-based business model, which is certainly not the traditional banking approach.”

Countering this perspective, Walsh confirmed that Varo’s ambition has always been to be a bank. He explained that - considering the companies typical customers (‘the makers, creators and doers’) - receiving a banking charter will enable the company to offer a broader suite of products beyond savings and lending.

“These are people that have complex financial lives,” he said, “and by being a full, national bank, we not only have the ability to innovate across that broader range of products and services but also to fund off our balance sheet from a lending perspective, or use the data we hold in a better way. The advantages are quite meaningful.”

Grasshopper has a banking charter, received in May 2019. It is one of few commercial banks focused on the innovation economy as its primary market, delivering custom-designed services for entrepreneurial companies and their venture capital backers.

This is an area that Erwin feels Grasshopper, with its digitally focused strategy and streamlined service models excels when compared to traditional banks. “We decided to start banking from scratch, building Grasshopper from the ground up around a sustainable model that was all about being very close to our clients,” she told Money20/20.

Partnerships and collaboration were consistent themes across the four days of Money20/20, with several keynotes and discussions being held around the concepts of banks’ collaboration with fintechs and other innovators in the space.

On this topic, Erwin pointed to Grasshopper’s core capability as the ability to integrate those financial partnerships with other or larger institutions where necessary, saying “I’m going to build things that I’m really good at. Our ‘secret sauce’ is going to be around data and our clients' data that we give back to them in multiple forms in useful ways. But do I need to create bill pay? Do I need to create mobile deposit capture? No, but I do want to have the latest and greatest available for our clients and, as soon as it's not, we unplug them and plug someone else new.”

In such a competitive landscape, small details can be the difference between success and failure.

A recurring point when considering the growth of neo and challenger banks and their impact on the sector revolves around the question of trust. Erwin told the audience that one of her main reasons for starting Grasshopper was seeing larger banks lose the trust of consumers and entrepreneurs as a result of being sales or commercially led rather than product and customer led.

“Trust is everything,” Britt noted. “Your brand is your promise to customers, and you have to deliver against everything you tell them and everything you stand for. We’re lucky in that we have a member base that genuinely loves our product and loves what we have set out to achieve, but it’s important to remember that companies like ours can’t rely on the big pillars in the way that banks used to to stay safe. We have to deliver every day.”

Walsh reiterated this, picking up on the unique challenges that digital-only banks face in gaining and maintaining customer trust. “As a digital bank, your customers can't walk into a physical location and look somebody in the eye, so how you manage difficult experiences like an outage is crucial. It’s vital to respond quickly, to respond empathetically and to work on building that trust currency over time; that’s super important when you're operating in a digital context.”

All agreed that this focus on trust and customer experience will continue to be the driver of neobank development in the future.

Erwin predicted that market growth will “be a great thing for consumers and entrepreneurs alike, and those brands that do well will be those that understand their client base and execute well in terms of their expectations.”

Britt considered the migration of technology companies into the financial services sector, driven by the size of the market and the opportunity to deploy their latest innovations. However, rather than proving a disruptive development, he predicted that such a development would ultimately help improve the overall standard of product delivery across the financial services sector as banks respond to the challenge.

“It’s a massive market, but there’ll be substantial changes across the entire landscape,” said Walsh. “Looking out 10 years or more at those potential top players in the market, it’s really going to look very different.”

Read the full article in the latest edition of FinTech magazine here.