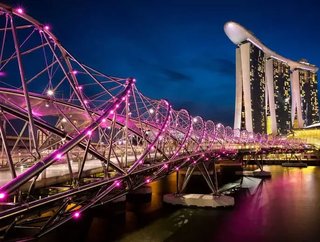 With just a week to go until one of the largest fintech events in the world, the thriving city of Singapore is gearing up to host some of the biggest na...

With just a week to go until one of the largest fintech events in the world, the thriving city of Singapore is gearing up to host some of the biggest names in finance who are set to explore how technology is continuing to disrupt the centuries-old industry.

FinTech Magazine will be bringing you exclusive news and insights from the event itself, but in the meantime, here are just some of the names we can look forward to hearing from:

Iskenderian is CEO and President of Women’s World Banking, a non-profit organisation that aims to give women from low-income backgrounds financial tools and resources to achieve security and prosperity. The council includes input from organisations like Facebook, Standard Chartered and Asia Development Bank. At Money20/20, Iskenderian will speak on a panel about the organisation’s investment plans in Southeast Asia for 2019.

Maguire is Group Managing Director and Group COO of HSBC. He has been with the bank since 2014 and is responsible for leading HSBC Operations, Services and Technology. Previously, Maguire worked for Lloyd’s Bank and Boston Consulting Group. At Money20/20, he will be speaking on a panel called ‘Thinking (and acting) win-win: strategic investments and their benefit for banks and their clients’.

Lund is Head of Blockchain & Digital Currencies at IBM. He is responsible for helping commercialise industry solutions to transform the global business landscape. Previously, Lund was at Wells Fargo. He will be speaking on two panels at Money20/20: ‘Digital Assets and the *new* Free Banking Era’ as well as a dialogue with Jed McCaleb, Founder and CTO of Stellar.

Sun is a Senior Director at Chinese technology giant Tencent. Tencent is one of the largest companies in the world and owns the social media platform WeChat, from which payments behemoth WeChat Pay was born. As such, Sun will be able to give insight into the development of such a successful payment platform that is sweeping not just China, but the world. Sun directs Tencent Fin-Tech group which explores partnership development and opportunities in the new banking landscape. Sun will be explaining Tencent’s strategy around fintech as well as its overseas expansion at Money20/20.