MarkLogic insight: Banks are the crucible of innovation in finance 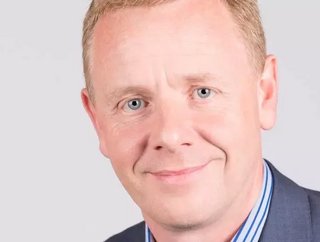 “Dr. Giles Nelson is the CTO of Financial Services MarkLogic. MarkLogic is a next-generation data management and integration provider that works with...

“Dr. Giles Nelson is the CTO of Financial Services MarkLogic. MarkLogic is a next-generation data management and integration provider that works with numerous financial services organisations including ABN-AMRO, Credit Suisse and JP Morgan among others. Here, Nelson shares his opinion on how financial institutions are managing innovation.

Banks are the crucible of innovation in finance

Perceptions of service providers in financial services can perhaps, roughly, be put into two categories: old and new. In other words, conservative and innovative. In this worldview, it’s the banks that are conservative, slow-moving organisations with mainframes and real estate where innovation seems to be doing just enough to retain your existing customers. By contrast, the innovation is happening with the fintechs, which are fast moving, with no legacy systems and brimming with new ideas. Thus, the banks will die. The fintechs will create a new, cheaper, easier to use financial system.

But how does this narrative hold up? Some fintechs are indeed being disruptive. Monzo and TransferWise are two often-cited UK examples, with recent valuations of US$2bn and $3.5bn respectively. AliPay, the China mobile payments provider, has around 1bn customers worldwide. But these companies, that once were startups, are the exceptions. In general, it is the established banks that still dominate the provision of financial services. And it is here, whether organically or working with fintechs, that the vast bulk of financial services innovation will be forged.

Yes, innovation is happening in banks. Much of it is not obvious as it doesn’t relate to the retail services that so often catch the limelight and have been the focus of much fintech investment. These innovations are happening behind the scenes. They may be transformational projects that help a business operate more effectively, such as building a better trade surveillance platform to identify compliance issues before they happen or ensuring that customer service is enhanced by integrating legacy data sets that are spread out across the organisation. These projects aren’t high profile, but they are still innovative, and banks are all too aware of the general need to digitally transform. Consequently, some are now beginning to publicly announce how they are transforming themselves into technology businesses.

The vast majority of established banks are also working with fintechs in partnership. Many offer incubator programmes, encouraging startup companies to co-innovate with them, often in physical situ or operating in technology sandboxes. In fact, regulators are also encouraging fintechs to work with them. The UK Financial Conduct Authority (FCA) has put dozens of companies through its own regulatory sandbox that enables companies to test the viability of new services in a less costly environment.

Many banks have also begun to develop digital laboratories to provide investment for digital R&D and to create that much sought-after agility, which can be hard to find in a legacy environment. Recently, BBVA was the latest to announce such a lab, something they are calling an “AI Factory”, with 150 data scientists and engineers. And banks such as JP Morgan, Goldman Sachs and Morgan Stanley are also explicitly starting to commercialise applications that once started as internal projects. Asset management behemoth BlackRock is selling its own fund management platform, Aladdin, to others and has an objective of having over 30% of its revenues generated from software by the end of 2022.

Compared with the fintechs, banks have a lot of financial clout. Monzo raised $144M in its last funding round – a decent chunk of change. However, JP Morgan, in its investment bank alone, has an annual technology budget of nearly $11Bn. A strong market position is enabling these banks to do ‘just enough’ to fend off the fintechs snapping at their heels but also, if they do it right, to strengthen their positions in the industry and create new revenue streams.

And where’s BigTech in all this? Apple Pay and Google Pay were among the first forays into the world of finance from the world’s tech giants, but these were only integrations with the existing financial system. Facebook’s announcement of Libra, a digital cryptocurrency, is more substantial. But, post Cambridge Analytica, are we really, as consumers, going to give Facebook even more insights into our lives? Perhaps some of us will for small payments, but probably not for anything substantial.

This trust issue is another strength of the established banks. A key test is “where is your salary paid into?” and, for the UK at least, the vast majority receive it into an incumbent bank, despite many of these people having a digital bank account too. A survey reported in the FT recently showed that, more than 80% of people trusted a bank most to securely manage their data. The next most trusted was a payment provider on just 7%. Social media providers tended towards zero (no surprise there).

Regulation provides incumbents with another strength. Increasing regulation since the financial crisis has made it more costly to conduct business. Banks have large compliance teams and pools of expertise in this area to draw one. Any new entrant also has to fit in with the relevant regulations and this inevitably provides a barrier to entry.

In summary, the investment in and the excitement around fintech as a sector is to be welcomed. Financial services organisations have got away for too long with shoddy service and high fees. Competition from disrupters is good. But the very nature of financial services as a mature, highly regulated industry where high degrees of trust are required make breaking in very difficult. Only a few fintechs will make it through to the big time. For most, it will be working with the banks and with their own innovation programmes, not against the, where success will lie.