Luno: Cryptocurrencies and the future of financial systems in Africa 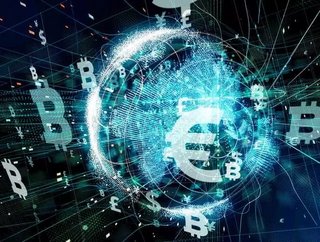 Marius Reitz is the General Manager of Africa at Luno. Luno is a leading cryptocurrency company on a mission to upgrade the world to a better financial...

Marius Reitz is the General Manager of Africa at Luno. Luno is a leading cryptocurrency company on a mission to upgrade the world to a better financial system. Luno ensures safety when buying, storing and learning about cryptocurrencies like Bitcoin and Ethereum. Marius joined Luno in 2016 and helped the company grow from a team of 8 to a diverse global team of 230 people. Here he provides commentary on the state of the cryptocurrency market in Africa.

Cryptocurrencies and the future of financial systems in Africa

The notion that people who have less appear to take greater financial risks is widely acknowledged. When money is vital to securing what you need for yourself and your family, and not just a ‘nice to have’, people spend more time understanding it, managing it, preserving it and to an extent being creative with how to maximise the use of it. They are more willing to make moves that would be considered as too risky by other people.

This is why I believe that the large-scale adoption of and application of cryptocurrencies will initially be driven from developing economies, many of which are in Africa.

In many economies across the world, where consumers are crying out for a better financial system, if a cryptocurrency can provide a secure and cheaper means of exchanging value, better than the existing system, it will be used. For example, if we look across a broad range of financial applications, it is incredible to see how individuals in these markets effectively get taxed for using their money. In most parts of Africa, ATMs charge fees for withdrawals, foreign remittances incur transfer fees, bank-to-bank transfers incur fees, paying vendors with PayPal incurs fees and the list goes on.

It may be difficult to come up with the exact value that an upgraded financial system will generate but we do know that it’s a very big number, certainly billions and potentially trillions of dollars’ worth over a longer period. The reason why it’s so hard to conceptualise is because individuals lose this value in very small increments over time – a high transaction fee here, a bit more inflation there – you never feel the pain in real time, but over time it all adds up. The good news, however, is that a better financial system will allow most of this value to flow back to consumers, whether directly or indirectly.

Another important factor is the inherent characteristics of many developing economies that makes adoption more likely. For example, there is already relatively low trust in governments and currencies, creating a strong potential mental catalyst for change. And most people in these markets already own mobile phones and are connected to the internet, and are used to being early adopters of various technologies – to a large extent also a reflection of the youth in these markets – for example nearly 60% of people in Africa are younger than 25.

Most importantly, many of these markets have a strong track record in grassroots level change, given that there is usually very little political will to drive change. A good example is the use of mobile phones and the internet, which has arguably done more for democracy, transparency and freedom of speech than almost any African government or policy has. The same is likely to happen with a better financial system.

Africans have been discussing a common currency for a while

We also have to remember that the suggestions of a common African currency has been around for many years. This change, if it does happen is likely to come from the bottom-up, rather than from the top down. And the impact of this could be much larger than the internet.

financial systems, and a reason why I believe they will be a core part of the future of finance. Because cryptocurrencies are generally decentralised, it means that they are open for anyone to use, similar to the internet, and this results in quicker adoption by consumers and businesses when a bottom-up approach is more feasible. Not only could crypto systems provide lower transaction costs and a better store of value versus some sovereign currencies, they can also address the cost structure of the traditional financial system which often makes it difficult to acquire unbanked customers. An open financial system that anyone can access, however, in theory makes it easier to acquire previously unbanked customers.

A recent study of  7,000 respondents across Africa, Europe and South-East Asia also found that Africans are potentially more open to adopting cryptocurrencies than people from other continents. When asked the question "Do you think a single global currency would make the current financial system better or worse?" almost three times as many respondents from Nigeria and South Africa said it would make it better compared to the UK.

At a more philosophical level, I believe that money is a way for value to be communicated between people. Like the sharing of personal information online, over time this will transition to systems that are global in nature, in order to take advantage of the huge economies of scale this delivers in an increasingly connected global world. In short, we believe a move towards more common forms of money or shared financial infrastructure is something that is inevitable in Africa, and cryptocurrencies are uniquely placed to deliver on this.

When a recession hits, consumers are the frontline victims when it comes to financial challenges. But how are fintechs addressing these difficulties?…