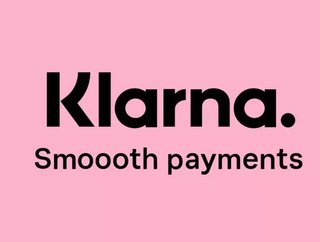 Europe’s biggest fintech shows no signs of slowing down in its growth as it achieves seven million customers in the UK. While a number of European an...

Europe’s biggest fintech shows no signs of slowing down in its growth as it achieves seven million customers in the UK.

While a number of European and international fintechs are reevaluating their position in the UK, Swedish company Klarna is only strengthening its position in the region as it hits a whopping 7 million customers, and 1.6 million app downloads.

Europe’s largest fintech currently has over 5,000 live merchants in the UK alone, partnering with major brands such as: River Island, ASOS, JD Sports, Gymshark, Made.com, Oliver Bonas, Boohoo Group, Missguided and Topshop. 500 of these retailers have also launched in-store services with Klarna, including Schuh, Thomas Sabo and Halfords. To understand how in-store payments work, click the right arrow at the image header to see Klarna's breakdown.

To date, the US$5.5bn-valued company has now totalled a revenue of over $35bn, ranking it amongst the world’s most prestigious unicorns. Globally, Klarna has over 200,000 merchants, 75,000 of which were added in 2019. With over 85 million customers worldwide, live across 17 markets, its expansion in the UK is clearly part of a wider, global success.

The makings of a great Q1

This news follows shortly on from Klarna's expansion into the Australian market, and the launch of its “Get What You Love” campaign, featuring one of the world’s most influential musicians, Lady Gaga, who is the face of the movement as it seeks to challenge stigma of women proposing to men.

Commenting on the figures, Luke Griffiths, General Manager at Klarna UK, said: “These landmark numbers are testament to the enduring growth we have achieved, by offering customers newfound financial flexibility, enabling shoppers to get what they love, as well as remaining dedicated to our merchant partners across the country.

“The UK statistics are reflective of our global growth story, as we continue to pursue our mission to make shopping simple, safe and smoooth, for both consumers and retailers.”

Did you know? SHIEN is the latest merchant to partner with Klarna to leverage the fintech’s pay later scheme.