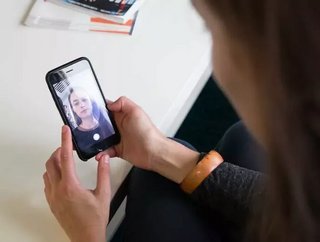 Augmentation portfolio innovator Onfido topped the annual FinTech50 2019 last week. Here we take a look at the regular FinTech ‘one to watch’ nomine...

Augmentation portfolio innovator Onfido topped the annual FinTech50 2019 last week. Here we take a look at the regular FinTech ‘one to watch’ nominee.

Look at any ones to watch or hottest companies list and you’ll likely see the name Onfido close to the business end. The company, which was founded in 2012 by Husayn Kassai, Eamon Jubbawy and Ruhul Amin, integrates artificial intelligence and facial biometrics technologies to offer identity verification services to online banks and FinTechs, including Revolut.

Today the company has received more than $110mn in funding and has offices in San Francisco, New York, Paris, Lisbon, Delhi and Singapore.

How does it work?

It is, says the business, as “simple as an ID and a selfie”. There’s a little more to it than that. Onfido’s technology is capable of scanning government-issued ID, such as a driving licence, and detecting whether it’s fraudulent – and it does it down to a single pixel. This level of detection is currently available for more than 4,500 documents from close to 200 countries.

On top of this, users are able to add the company’s biometrics technology to their service package – one claiming a 22% decrease in theft attempts. The technology requires users of a service to take a selfie or video on their smart device. This is run through Onfido’s advanced facial scanning technology, which generates a score based on a comparison of the facial biometrics on the user’s photo ID.

Other technologies in Onfido’s portfolio include Onfido Liveness, which utilises video and voice technology to offer similar levels of fraud detection.

On 18 September, it was confirmed that Onfido had topped The FinTech50 2019, an annual rundown of the hottest FinTech companies across Europe, listing those 'ones to watch' and covering startups, more established FinTech names and innovative disruptors. It was the first such list in the world to focus on and recognise the achievements of FinTech innovators in Europe and has established itself as a global top 10 organisation in the sector.

This year's list (which can be found here) was chosen from some 2,000 FinTechs in Europe. Judging is carried out by a team of industry experts from many of the largest and most recognisable financial organisations in the world, including Standard Chartered, Mastercard Labs, JP Morgan, Barclays UK Ventures, AXA UK Group, Stripe, Amazon Web Services and more.

Most recently, in a 10 September web post, Onfido reported a 171% year-over-year growth in sales for the second quarter. “Our core identity verification business is continuing to meet and exceed the market need for a highly-effective yet low-friction verification service,” said Onfido Co-Founder and CEO Husayn Kassai. “Equally important is where the market is heading and we continue to be actively engaged with a range of stakeholders who are defining the future of reusable online identities.”