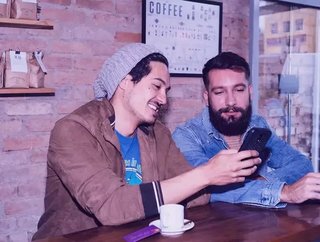 At the start of the month we published our list of the top 10 unicorns in the financial services. Here, we take a closer look at one of them: NuBank Nu...

At the start of the month we published our list of the top 10 unicorns in the financial services. Here, we take a closer look at one of them: NuBank

NuBank placed third on our list, which can be viewed in its entirety here. The São Paulo, Brazil-based neobank is the largest fintech in Latin America and one of the most innovative companies in the world, according to the 2019 Fast Company ranking. As a measure of those stats, consider that the business has gained more than 10 million customers and consolidated locations in Berlin and Mexico City in just six years.

It's worth noting that NuBank isn't the only fintech to achieve unicorn status - which it did in 2018. It is, however, a financial services company with a purpose: reinventing its customers' financial lives and showing that it is possible to do things differently, to "treat people like humans not numbers".

Brazilians pay some of the highest fees and interest rates in the world, a fact that is particularly galling when considering the many reports of the less than great levels of service provided by its banking sector. In a step towards readdressing these challenges, Nubank offers its customers a free account that also has no maintenance fees.

Nubank was founded by David Vélez, Cristina Junqueira and Edward Wible in 2013; in April 2014 the first transaction with a Nubank card was made. The company describes its International Nubank Mastercard card as "not a card, but a revolution". Like many similar cards, it offers convenience and security and can be used at some 30 million establishments.

It also has no annuity fees and is controlled through a mobile app, which also allows customers to control Nubanks other services: NuConta and Nubank Rewards.

The latter tapes into a growing trend in the financial services for added value, personalised services and experiences. Like many other popular rewards programmes, users can use points they achieve on anything from airline tickets or travel through to products and services. The rewards points can also be used to erase expenses from a host of companies and service providers that have partnered with Nubank, such as Netflix.