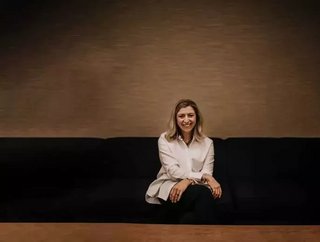 During a busy Money20/20 USA in Las Vegas, FinTech magazine spoke with President, Tracey Davies to find out more about this year's event The fintech in...

During a busy Money20/20 USA in Las Vegas, FinTech magazine spoke with President, Tracey Davies to find out more about this year's event

The fintech industry is changing. Technology and innovation may still be the driving force at the heart of the sector, but our view of that technology has evolved. The question, according to President of Money20/20 Tracey Davies, is no longer what we can do with technology, rather, what we should do. This was one of several messages given during Davies’ introductory speech at Money20/20 USA, in which she also highlighted the power of inclusivity and driving issues such as privacy and ethics up the agenda.

FinTech magazine was fortunate enough to spend some time with Davies on the final day of the four-day event, which sprawled across several stages, rooms, exhibition centres and more of the suitably grand Venetian Hotel on Las Vegas’ famous Strip. More than 400 speakers graced the main stages of the event to discuss, debate and engage with the audience on every conceivable topic facing the financial services sector under one unifying theme: The Future of Money.

Understandably, considering both the depth of keynote speeches, content sessions, fireside debates, startup pitch sessions and more, and the inevitably packed schedule that Davies faces at each Money20/20, choosing a personal highlight proved a difficult task.

She described to us a strong event with “really high energy” that showed a market characterised by positivity and excitement, particularly around those ideas outlined in her introductory speech. In particular, she pointed to the Monday morning keynote speeches -  delivered by Uber’s Head of Payments Peter Hazlehurst; Head of Calibra, David Marcus; and Dan Schulman, President and CEO of PayPal - as both a favourite collective moment and being indicative of shifting market sentiment.

Each of these three sessions saw the announcements of new and innovative approaches to offering financial services, focused more on the user than the delivery method. In the case of Uber, for example, Hazlehurst delivered a 35 minute ‘Building Financial Services at Uber’ update. He discussed how the ride-hailing firm is changing the way financial services are delivered to better fit customers’ daily lives in the shape of new division, Uber Money. Schulman, taking the stage after Davies’ introduction, discussed in detail the financial struggles faced by a large proportion of Americans and how, for PayPal, the provision of working capital and financial health and wellbeing is a fundamental objective.

“They gave three very different perspectives that, together, really summed up the direction in which tech and innovation is heading,” said Davies. “There’s been a definite shift over the past few years that has seen the sector move away from ‘shiny and new’ technology – which, in this industry we all love – to thinking about fintech for social good and how technology and financial services can impact lives for the better.”

This, she explained, is representative of the stage at which the industry is at in terms of its development, rather than a case of the largest organisations leading in a new direction. “It was fascinating to hear about how Uber is using tech as a platform for a wider purpose,” she noted, “or to learn how Calibra’s new plans are based around social good, and why PayPal is firmly focused on purpose and profit. When it comes to fintech, it’s no longer just about what it is, it’s about what it can do, how we can use it and the impact it can have.”

Money20/20 exists to do two things, said Davies: inspire and connect. On the former, she described the ideas that unified those three keynote speeches – fintech for good, purpose and profit – informing a considerable amount of the debate at this year’s event. In addition, she highlighted other key themes including the role of companies in some of the world’s most challenging problems, both in terms of environment and inclusivity, and ideas around gender roles and equality.

The latter is an important area for Davies. Last year’s Money20/20 in Las Vegas saw the launch of Rise Up, a curated leadership academy for aspiring female talent in the financial services sector that provides a four-day programme in personal leadership and development. Through this, Rise Up provides a connected network within which women can support one another, and gain the personal and professional skills to break down the remaining barriers in an industry that is still lagging in terms of inclusivity.

One year on, Davies was able to reflect on a programme that has already achieved considerable success. “We set out to create something that had real impact,” she told us. “There are many great initiatives out there, but the goal for Rise Up was to work closely with each cohort to build a very deep, personal leadership development programme – and it’s worked.” In just 12 months, 125 women have passed through Rise Up, with close to one third of the 2018 cohort taking on more senior positions. And while she recognised the many similar programmes currently operating, Davies spoke of the real impact on those Rise Up women, noting that “they feel inspired, they feel they’ve met their tribe and there is a real collective sense of ‘we can do this’.”

Inclusivity, on a broader level, continues to grow in importance – an agenda that global events such as Money 20/20 can lead. For Davies, the positive attitude shift is both notable and welcome, with many large companies such as Accenture and PayPal publishing measurable inclusivity targets, along with new laws on female board representation and gender pay data visibility being implemented. “The statistics are improving, but they’re still not great,” she said. “For example, women in the US make an average of 19% less than their male counterparts, which has been the basis for our Breaking the 19 Challenge.” Breaking the 19 is a new initiative that, over 19 days from 1 October this year, encouraged action across the industry to support the inclusion and empowerment of women in the workforce and bring about the end of gender-based pay gaps.

“We have a big stage and a world-recognised platform with which we can take action, and so it’s our duty to work with the industry and to encourage both men and women to work together to call out inequality, to make a stand and to solve the problem together,” she stated. “If we have inclusion, businesses operate better, they reflect society more broadly and they are more successful. There’s a real prize for everyone if we can take action.”

Gauging the impact of that action, and the direction of the industry beyond 2020, is a point often put to Davies. Deviating slightly from that standard question, we asked about her expectations for fintech – and for Money20/02 – for the next decade or more. “Every year, you wonder what will happen,” she said. “And then, suddenly, you get an Uber Money or Calibra keynote. It’s just always evolving and always ongoing. The way that technology is developing as we see now, the progress with quantum computing and the capacity that that will give and the ongoing development technology, means I have no idea where we will be, but I'm hoping we will see more positive impact on people's lives and access to capital, and using fintech.”

Money20/20 was originally conceived with a view to what 2020 would look like for fintech. That this year’s event proved as strong, fresh and innovative as any before is a testament both to Davies and the large team responsible for its organisation, as well as the industry itself.

There is, she highlighted, “so much positive change that can come, but I have no idea where it will be in 2030. The joy for us is that we have these annual moments to stop, take stock of the conversations and to move on. It’s genuinely really exciting and I look forward to a future that looks pretty different to where we are today.”