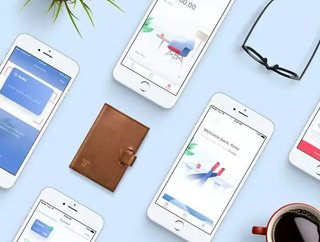 San Francisco-based fintech startup Tally announced on Tuesday that it had raised a total of US$50mn in a Series C funding round. Led by Andreessen Horo...

San Francisco-based fintech startup Tally announced on Tuesday that it had raised a total of US$50mn in a Series C funding round. Led by Andreessen Horowitz, and with participation by previous investors Kleiner Perkins, Shasta Ventures, Cowboy Ventures and Sway Ventures, the round more than doubles Tally’s funding to date, bringing the figure to $92mn.

As part of the investment, Angela Strange, a general partner at Andreessen Horowitz, will join the Tally board of directors.

"We take automation for granted in so many areas of our lives, but automation has been slow to come to financial services," said Strange. "Too many Americans are drowning in credit card debt, in large part because the system is too complex — by design. Tally has built trust with consumers as their automated debt manager, a first but significant step towards providing that full financial roadmap, and putting billions back in consumers' pockets. We are thrilled to be partnering with the Tally team."

Tally’s suite of products and services is aimed at automating its customers’ financial services at a low cost. In 2018, the company released its first product, an automated credit card payment service.

Company co-founder and CEO, Jason Brown projects the automatic debt payment service, which is available in 28 U.S. states plus Washington, DC, will save people on average $5,000 in total interest on their debt repayments, according to a Fortune report.

The latest round of funding will be used to continue development of a completely automated consumer finance platform.

"Tally's end goal is to automate people's entire financial lives," said Brown,. "We are excited to get the backing of Andreessen Horowitz to provide a service that makes optimum financial decisions for people based on their objectives — and then actually takes action on their behalf to see those goals through. We believe this is the future, and we are excited to deliver this new and improved approach."