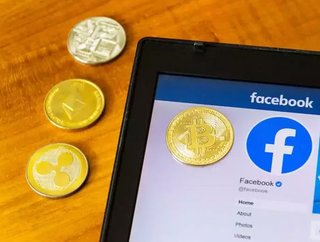 Facebook is considering rethinking its Libra project due to possible regulatory concerns It was reported by Bloomberg on 3 March that the social media...

It was reported by Bloomberg on 3 March that the social media giant and its partners are mulling over a redesign of its Libra cryptocurrency project.

Libra was originally launched under the vision of Facebook having its own payment network with a native stablecoin and developing a single digital currency - at that stage, Facebook was broaching early discussions with companies such as Visa, Mastercard and First Data around the project.

Under these plans, Facebook intended that Libra would allow anyone worldwide to send money anywhere with few steps and a very simple process.

This vision came into question subsequently, as Facebook and Libra faced some opposition from regulators. For example, US lawmakers, according to Bloomberg, voiced concern about the brand's ability to manage a financial network following its failure to protect the data of its users.

Similarly, in October last year several of the world's largest economies warned that Libra and other cryptocurrencies posed a risk to the global financial system. France, for example, said it threatened the "monetary sovereignty" of governments.

According to Bloomberg, Facebook's rethink of Libra revolves around considering whether the network would accept multiple coins - including those that are issued from central banks.

The new source referenced three people "familiar with the matter", who stated that Facebook was looking at a revamp. They added that the dream of a single global coin "isn't dead" and the the new plan "could expand, not pull back from, the original version".

A statement from Dante Disparte, Head of Policy and Communications for the Libra Association, said "The Libra Association has not altered its goal of building a regulatory compliant global payment network, and the basic design principles that support that goal have not been changed."