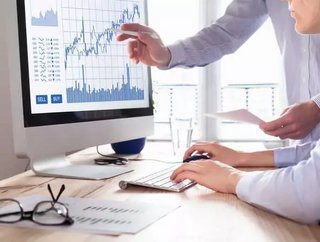 Antoine Baschiera, CEO and co-founder at Early Metrics gives Business Chief his thoughts on the possible effects of Brexit on the global fintech market...

Antoine Baschiera, CEO and co-founder at Early Metrics gives Business Chief his thoughts on the possible effects of Brexit on the global fintech market.

London is the indisputable capital of financial innovation in Europe. It’s the leading city for digital financial services, thanks to high levels of internet connectivity, and has the most mature Fintech market in terms of number of companies, level of innovation and adoption. Another big strength of this hub resides in its pool of international talent with both tech and financial backgrounds. About 44,000 individuals are currently working on the most innovative projects in the Fintech industry – more than in New York City or San Francisco.

As an independent agency dedicated to rating the growth potential of tech startups, we naturally gravitate towards dynamic startup ecosystems. That is why London was our first choice when we decided to expand from France into a new market. We have seen some of the best innovation being created here since opening our office in the City in 2016 but we have also witnessed the growing impact of Brexit. Let’s take a look at how the role of London and Europe as a whole is changing in the race to lead the Fintech world.

Brexit: Talent and regulation expected to have the biggest impact

The main concerns finance professionals express, especially in the wealth management area, are generally linked to regulatory changes and potential loss of passporting rights. Until now, fintechs could get authorised in the UK and be able to sell their products or services in the whole EU market. If this passporting is lost, UK businesses will have to comply with different regulations and get extra certifications to trade in the EU. Effectively this would dramatically shrink their potential user base and scaling perspectives, which is why we are seeing many businesses opening new bases in mainland Europe to mitigate this risk.

The second change that is expected to hurt British Fintech is the restriction of access to talent. Although the British government has put forward some tentative plans to keep attracting highly skilled workers, nothing concrete is in sight and the uncertainty is already discouraging many international students and young professionals from migrating. If the UK fails to maintain its popularity, especially for tech profiles, it could catalyse a vicious circle: less talent, means less startups and less investment.

Moreover, investors currently question whether or not the European Investment Fund, who contributed 2.3bn between 2011-2015 to UK-based venture firms (37% of all venture funding raised in the UK), will remain engaged.

So, will London be dethroned as Europe’s Fintech capital? Nothing has changed yet and the crystal ball is still cloudy, even at this late stage in the negotiations. It’s worth noting the City does not quite work as the rest of the country and it’s hard to imagine such a strong financial center becoming obsolete in the short term. London’s exceptional ecosystem and regulatory friendliness to entrepreneurs will remain attractive features. Moreover, London benefits from an un-replicable strategic position. Geographically situated between Europe and the USA, London is a connector to two highly attractive markets with a combined 900 million potential customers.

To my mind, the main condition for London to remain a leading hub for financial technology is that the density of financial institutions and big insurance companies remains as high as it is now. Most fintechs have a B2B2C business model and use banks as distribution partners. Therefore, if the banks leave, so will the startups depending on them.

This is why Frankfurt positions itself as a favourable candidate to the leading spot. In 2016, I would have maybe said Berlin would be the next Fintech capital. However, today we see that Frankfurt’s history as a financial centre would likely attract more financial institutions - and consequently more startups.

On the other hand, from a “startup culture” point of view, Paris shows more and more promise in becoming a welcoming hub. The Macron administration has put significant effort in promoting entrepreneurship and bringing more flexibility into the regulatory framework. For instance, in December 2018, the government announced it would spend €500mn on blockchain. The PACTE law currently being reviewed by the French Senate should also improve the legal framework for fast growing startups. Lastly, although it might seem trivial, the ease of travel between Paris and London via the Eurostar gives it an edge for startups that would want to leave the UK but keep a connection with the City.

Funding: US and Asia continue to dwarf Europe

If we zoom out and look at the wider picture, we can also highlight interesting developments in the importance (or lack of) the EU in the global Fintech market. Especially when it comes to the sources of funding, it’s plain to see that the majority of large deals are funded by Chinese and American funds. Even big funding rounds closed by European startups are often led by non-European investment funds. The UK-based challenger bank Monzo, for instance, achieved a £85M round and became a business unicorn thanks to U.S. venture capital firms General Catalyst and Accel.

So, while there is an abundance of angel investors and funds willing to commit up to 100 million pounds in the UK, France and Germany, there still is a gap in the access to huge capital injections. This puts Europe at a significant disadvantage compared to the U.S. and Asia. It also explains why New York, Beijing and Hong Kong are currently ahead of any European cities as Fintech hubs.

Lastly, there is also a new trend influencing the future of European fintech: corporate venture capital (CVC). With more and more corporations looking to acqui-hire or participate in the capital of innovative startups, it will be interesting to follow the evolution of dynamics between startups and their investors. Indeed, corporations will put a lesser focus on exit value than traditional private equity funds and place more importance on the innovation of products, for their own development.