Cryptocurrencies in 2020: Bitcoin, Libra and Cryptokitties 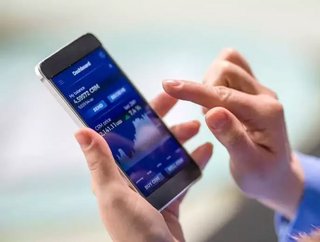 Three cryptocurrency trends - Bitcoin halvening, Libra and Cryptokitties - could change the industry in 2020. Here's a closer look In the latest editio...

In the latest edition of FinTech magazine we considered cryptocurrencies. Specifically, we discussed both the ups and downs of the sector to this point, as well as taking a broader outlook for the rest of the year and beyond.

This year, we found, could be the year that the crypto industry finds its footing and realises some of the potential that's been discussed for some time.

Digital ledger technology, known as blockchain, first appeared as a verification list or record used to track cryptocurrency transactions in 2008. At its inception, blockchain technology was originally tied to Bitcoin, but it's since become closely linked to other blockchain-powered forms of digital currency as well.

Indeed, cryptocurrencies are the flagship application for blockchain, with the success of many of the currencies responsible for a large part of the confidence and investment that continues in the technology.

2019 was a mixed year for cryptocurrencies and the blockchain technology that underpins them. As the industry emerged from the ‘crypto winter’ in the wake of 2017’s Bitcoin high point of almost $20,000, and the 2018 market meltdown, some authorities argued that, this year, cryptocurrencies failed to deliver on expectations.

Vinny Lingham, co-founder and CEO of Civic Inc said last month that “when the crypto community looks back at 2019, it will be remembered as the lost year. This is not unexpected because 2017 was such a milestone year. I like to say that the bigger the party, the bigger the hangover. We're still dealing with the hangover."

Hangover aside, there are several indicators that 2020 may be a year of movement for cryptos. Here are three trends we see as key to that development:

Read the full article in the latest edition of FinTech magazine here.

View this and other editions of FinTech magazine here.