Crypto specialist Copper on why institutions haven’t bought into crypto 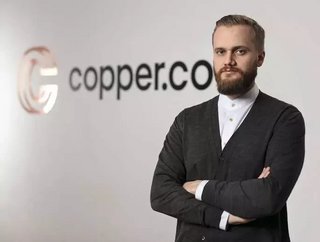 Dmitry Tokarev, the CEO of Copper, discusses the state of cryptocurrency in relation to institutions, and why they have yet to adopt it. There are a lo...

Dmitry Tokarev, the CEO of Copper, discusses the state of cryptocurrency in relation to institutions, and why they have yet to adopt it.

There are a lot of reasons to feel full of confidence for the burgeoning cryptocurrency market midway through 2019. Prices have rebounded and there is a fresh surge of interest from new crypto hedge funds. Yet, there is a gap in the market which remains undeveloped and immature: the currently minimal institutional participation.

There are several reasons why this is so. First of all, there is considerable legal and regulatory uncertainty surrounding the status and correct treatment of cryptocurrencies. It is not yet clear if crypto will be treated as a security, currency, commodity or even a utility.

Many grey areas remain. And these ambiguities make it very difficult for institutional buyers to manage their investments and be certain they are compliant with what regulators expect.

Some national regulators have said more than others about crypto, and some appear highly dubious about the new asset class. The UK’s Financial Conduct Authority, for example, has proposed a ban on the sale of derivatives and exchange traded notes (ETNs) linked to crypto to retail buyers – saying it’s "impossible to reliably value the derivatives contracts or ETNs linked to them".

In the US, Facebook’s proposed new digital asset, Libra, has run into opposition from the US legislature. While In June 2019, the Securities and Exchange Commission (SEC) announced a $100m lawsuit against messaging app, Kik Interactive, for an allegedly illegal initial coin offering (ICO) in 2017. None of this is likely to encourage institutional buyers to get involved.

The disparate nature and practices of the now more than 500 cryptocurrency exchanges doesn’t help adoption by institutions either. On-boarding procedures are far from uniform and can often take weeks or months.

This means, for example, that the Know Your Customer (KYC) process, which institutional buyers must complete, takes far too long. Each exchange has a different way of doing it so it is not as if once completed the buyside firm can use the same documentation for a different exchange. Regulators are increasingly assertive about KYC protocols, so it’s not something that can be side-stepped, and rightfully so.

The cryptocurrency market at the moment also lacks the liquidity to tempt the largest buyers. Institutional players need to be able to enter and exit a market with ease and to trade in large volumes. Even the largest exchanges aren’t set up for this kind of demand; they were designed with retail buyers in mind.

Reportedly, the largest ever crypto margin call was $460m on OKEx Bitcoin Futures in July 2018, but $416m was left unfilled. The margin call couldn’t be filled, eradicating the entire orderbook. This sort of thing doesn’t give the big players much confidence.

A well-known and well-documented impediment to greater institutional participation is the lack of a reputable and comprehensive custodial solutions. US institutional buyers are compelled by the terms of the 1940 Investment Advisors Act and also the 2010 Dodd-Frank Act to use the services of a so-called ‘qualifed custodian’.

Institutional investors are not only obliged by law to use a custodian, but the distressingly common theft of crypt assets makes a quality custody solution a necessity. According to a report from crypto security firm CipherTrace, $356m was stolen from accounts in the first quarter of 2019, and in total $1.2bn was lost through a combination of theft and fraud.

As self-custody is not an option for institutional accounts, there are two options: rely on the exchanges to provide custody or look for a third-party provider. Exchanges don’t fit the bill as they don’t provide the separation of roles and controls to make the institutional client feel comfortable, and as noted above, they are idiosyncratic and difficult to deal with.

This leaves the third-party custody providers – whose solutions have been rapidly evolving recently. There is a great deal of work and investment devoted to developing a solution that is both secure and accessible. Custody providers are also providing an increasing number of additional services – such as prime brokerage and settlement solutions, differentiating themselves from standard secure wallet solutions.

With institutionally-focused  solutions coming to market, we are starting to see a turn-around (albeit a slow one) towards providing an infrastructure that suits institutions’ needs.

For example, launched in August 2018, Copper has what it says is the industry’s first server-less (offline) co-sign custody solution, using a ‘walled garden’ approach – incorporating the investment manager, exchange accounts and the custodian.

Multiple signatures are required to withdraw funds within the walled garden, protecting a fund from bad actors.

There are a number of other notable solutions in the space. For example, in the first quarter of 2019, Fidelity unveiled a crypto custody solution, thus becoming the first undisputed heavyweight to enter the space. State Street is also said to be looking at the market, as are JP Morgan. And Goldman Sachs have already invested in a crypto custody offering.

Coinbase launched its institutional service a year ago and, according to an interview with chief executive officer Brian Armstrong in May 2019, it now has $1bn assets under management from around 70 institutions.

Crypto funds constituted some 20% of all hedge funds launched in 2018, while the number of identity-verified crypto users doubled in 2018. In April 2019, Reuters reported that venture capital investment in crypto had totaled $850m in the first three months of the year, already on course to better the $2.4bn seen in 2018. Moreover, individual investments are getting bigger: 2018’s total came from 117 investments, whereas this year’s tally stems from just 13, Reuters reported.

At the beginning of July, Prime Factor Capital, a London-based hedge fund manager set up by former employees of BlackRock and RWE AG, became the first cryptocurrency investment firm to win the stamp of approval from UK regulators and will be regulated as a full scope alternative investment manager under EU rules.

Slowly but surely, the world of cryptocurrencies is changing.