Chris Hafner of Grovelands on the Middle Eastern promise for fintechs 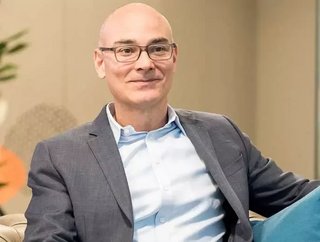 Chris Hafner is the executive director of professional services firm, Grovelands. Here he speaks on the opportunitiesavailable to the fintech industry a...

Chris Hafner is the executive director of professional services firm, Grovelands. Here he speaks on the opportunities available to the fintech industry across the Middle East and Africa reigon.

Fintech’s ability to reach the unbanked and reduce cash transactions, alongside appropriate government and policy changes, hold great promise for the emerging markets in the Middle East and Africa.

Financial technology in the shape of digital banks are at the ready to deliver services on digital platforms in markets with high mobile penetration rates, with some at more than 100%. Enter these perfect marketplaces in the Middle East and North Africa (MENA).

In the developed world, some digital banks such as the app-only Starling Bank in the United Kingdom, have struck partnerships with the Post Office so as not to leave out the ‘cash society’, yet in India, which is one of the world’s largest emerging markets, demonetisation has been a large part of the government’s anti-corruption strategy for a few years now.

Indeed, a fundamental transformative ingredient for fintech’s prosperity in the MENA region is anti-corruption.

For example, despite Egypt having the highest population in the Arab world, only one third have a bank account. The nation also scored 35 out of 100 on the Corruption Perceptions Index (CPI) issued annually by the Berlin-based Transparency International.  While the World Bank Financial Inclusion Index may show high levels for some Middle East countries, this excludes the high levels of immigrant labourers who do not have access to these services.

India’s Prime Minister Narendra Modi used a demonetisation strategy to reduce the country’s corruption to advance its economic prospects, but countries in the MENA region could more positively focus on financial inclusion through supporting policy and investment in fintech start-ups. Financial Inclusion is another fundamental and transformative ingredient in the recipe for improved socio-economic outcomes, entrepreneurship and rates of innovation in emerging and evolving markets.

In the last year, Dubai announced a plan to triple its financial hub in an attempt to attract Fintech entrepreneurs to the region as it strives to be the financial centre of the region through the Dubai International Financial Centre, which opened in 2004.

Given the recent and unprecedented mergers and acquisitions (M&A) activity in banking in the region (coupled with the fact that there remains few and far between really experienced players in the Middle East M&A marketplace) the incumbents will require significant help, investment and focus on transaction support and post-merger integration. This will ultimately create an opportunity for fintech start-ups to focus on the unbanked and unmet customer needs while the incumbents focus on transaction execution and integration. There is a unique opportunity here for successful fintechs and for me, this mirrors the opportunities created when M-Pesa was first launched by the Kenyan mobile network operator Safaricom in March2007. M-Pesa quickly captured a significant market share for cash transfers, and grew to 17 million subscribers by December 2011 in Kenya alone.

The broader technology ecosystem holds the promise of being truly transformative.  Beyond the impact of digital payments and associated demonetisation, true transformation will come from the broader ecosystem which includes telecom providers, governments and artificial intelligence technologies.

Digital identity initiatives in Uganda and Kenya are examples where micro-lenders can gain some assurance of repayment.  Similar to wage garnishment in developed economies, those with outstanding payments due from a microloan can have a portion of their mobile top-up redirected to the lending party by the telecom operator.  These types of assurances or guarantees will help create greater confidence in microloan lenders and continue to support entrepreneurial efforts in the region.

Artificial intelligence is another area where financial services can be expanded in the region.

According to World Bank Group’s 2018 Data Book on Financial Inclusion, 39.9% of the population in the MENA region live in rural areas.

Using technology to improve data collection and machine learning algorithms to make credit decisions, we can expedite the lending process, better manage risk and lower lending costs. This is a must, especially given the smaller size of the loans against the current cost to service such small loans. Using computer vision technologies, asset backed loans can be processed faster and at a lower cost.  Take a picture of your motorbike against which you want to borrow and the algorithms determines its potential value, combined with a digital identity and fintech, loans are almost instant.

The fintech opportunity for growth extends beyond the MENA region. Given the expanding Islamic population in developed markets such as Australia and the United Kingdom, there exists an opportunity for an all-digital, app only Shari'ah-compliant offering.

Therefore, MENA-focused fintechs would do well to consider expanding outside the region as they have the intelligence, education and expertise to service the need.