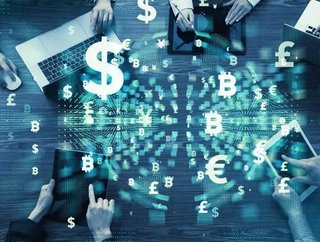 Big Tech firms expanding into financial services is no secret. However, according to a recent report from the Financial Stability Board (FSB), the shift...

Big Tech firms expanding into financial services is no secret. However, according to a recent report from the Financial Stability Board (FSB), the shift poses a suite of stability risks.

Facebook has Libra; Apple has Apple Pay; Google's recently reported Cache project is a clear entry into the banking sector; and Amazon has, well, almost everything. The entry of the so-called Big Tech companies - add names such as eBay, Alipay, Microsoft and Tencent to that list - has numerous benefits, says the FSB's BigTech in Finance: Market Developments and Potential Financial Stability Implications report.

Among these, are the potential for greater innovation, diversification and efficiency in how financial services are provided and the aiding of financial inclusion, particularly across developing economies and emerging market sectors.

The growth of Big Techs in financial services will also prove fruitful for those small and medium-sized enterprises seeking access to financial markets, says the FSB.

However, the rapid growth of these players, driven by their significant resources and access to data, also poses several risks to broader financial stability that could require the implementation of new regulations to detract from any advantage they may have.

Some of these risks, the FSB notes, are similar to those from financial firms more broadly, and stem from factors such as leverage, maturity transformation and liquidity. It also explains that the already widespread access to customer data that many of the Big Tech firms own could prove an advantage that may result in unfair competition.

It suggests that "an overarching consideration is that a small number of Big Tech firms may in the future come to dominate, rather than diversify, the provision of certain financial services in some jurisdictions."

The Big Tech firms' "ability to leverage customer data raises the question of whether - and the degree to which - authorities could consider the potential to promote the mobility of data between the various actors that are involved in the provision of financial services," says the FSB, adding that "doing so may help encourage competition and help ensure a level playing field among market participants."

The potential considerations mentioned above, include the imposing of Open Banking-like rules so that Big Tech firms are forced to share their data on financial services customers with banks and fintechs in order to avoid unfair competition.