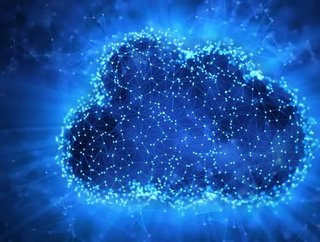 Darren Briaris, Consultant at Altus,discusses whether Financial Services firms are letting Fear, Uncertainty and Doubt (FUD) impede their progress when...

Darren Briaris, Consultant at Altus,  discusses whether Financial Services firms are letting Fear, Uncertainty and Doubt (FUD) impede their progress when it comes to using the public cloud. As Fintechs and Insurtechs plough ahead with cloud services, some FS firms are missing out on the huge benefits on offer such as reduced costs, ease of use and increased innovation. Darren believes that in order to maintain a competitive advantage, all FS firms should take the leap and incorporate the cloud into their IT strategy before it’s too late.

No-one has ever said that the traditional financial services companies are leading edge when it comes to IT, but the use of public cloud seems to be an area where some FS companies are still struggling to even climb onto the ledge, let alone fear falling off it.

It’s very easy to get criticism, as a technical consultant, evangelising about the use of public cloud. The level of FUD (Fear, Uncertainty and Doubt) can sometimes be deafening.

The reality is clear though - Fintech and Insurtech companies are already there. And the reasons? Cost, ease of use and the continued innovation that the big tech suppliers are offering (in their ever-expanding cloud product range) all allow the start-ups to innovate quickly, build cheaply and pivot when they need to.

The recent results of Microsoft, when they became a trillion-dollar company, were driven by a 73% surge in revenue from their Azure cloud. Amazon Web Services (AWS) revenue grew 41% in the quarter to $7.7 billion. These companies are only going to increase innovation and offerings with that kind of return, and the gap in capability between what you can do with your own data centre/IT and what you can get from public cloud is only going to grow wider.

The Fintech and Insurtech companies are already taking small chunks of big FS companies’ business (Starling with their current account is a great example) and you can be sure that if Amazon decides to target your market ( https://www.altus.co.uk/insights/amazons-insurance-opportunity-10-areas-amazon-can-disrupt ) in FS, then they are going to be taking full advantage of all the functions that AWS can offer them, and at the cheapest cost. This assumes, of course, that they haven't already - I can now buy my Kindle with 5 months of interest free credit at the touch of the 'Buy' button.

If, as a large FS company, you are only just starting to consider moving some development servers to run on 'Infrastructure as a Service' in the cloud, you're not on the slow boat, you've missed the boat entirely. As Werner Vogels, the CTO of AWS, said a couple of years ago “virtual servers in the cloud are already legacy”. Your competitor is going to be running their business with native cloud offerings such as ‘Code as a Service’ and ‘Function as a Service’ (FaaS) - no servers, no patching, no upgrades, no out of support software and no owned data centre costs. They will be paying just thousandths of a pence for each call to the code (did I mention that the first million calls are free AND the solution will scale automatically from 1 to 100 million users?). They will be taking advantage of the huge investment that Microsoft and Amazon have made in AI and Machine Learning, by simply calling functions (via API) to do voice, text and image recognition that before would have been out of reach of most companies.

And it’s not just start-ups – some of your competitors are starting to go public cloud native as well. At an AWS finance event late last year, David Knott, Chief Architect, talked through three solutions that HSBC have implemented, using native cloud offerings, to help transform the HSBC business. By embracing and taking full advantage of what these features can offer, they are evolving a legacy estate.

So are there perhaps some unique regulatory obstacles to adopting the public cloud? The FCA has tried to help with its FG16/5 Guidance to Outsourcing, which covers cloud usage among other topics. In that guidance the FCA states, “We see no fundamental reason why cloud services (including public cloud services) cannot be implemented, with appropriate consideration, in a manner that complies with our rules”.

As always with regulation, however, the devil is in the detail (or lack of) when it comes to practicalities. How much effort do you need to expend to develop an ‘Exit plan’ from your public cloud supplier? Do you really need to build your IT solutions to the lowest common technical denominator so that you can ‘easily’ move to another cloud provider? The time and effort involved in these activities is arguably better spent building secure solutions using native public cloud components which will reduce risk in other areas – no servers to patch, no upgrades to operating systems, no hardware failures to manage. These are much bigger risk areas than the theoretical need to change cloud provider; Microsoft and Amazon are going to be around for quite a while yet.

It is also interesting the different perceptions that public cloud has compared to other SaaS solutions. Many companies will completely rule out using a cloud provider’s cheaper, serverless database – as it is shared via segregation across multiple customers – but will quite happily sign up to a Salesforce contract where, of course, their instance is sitting on a database that is shared and segregated.

Yes, these risks and others do need to be carefully considered (security, skills, cost, lock-in), but in the meantime, don't let the FUD cloud the future of your IT strategy.