ACI Worldwide: The payments landscape in the Middle East

By Craig Ramsey and Thomas Reda
May 16, 2020
undefined mins 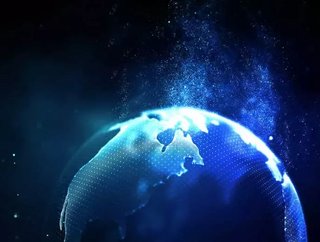 Craig Ramsey is the Head of Real-Time Payments, and Thomas Reda is the Director, Middle East, ACI Worldwide. ACI Worldwide is a global payments software...

Craig Ramsey is the Head of Real-Time Payments, and Thomas Reda is the Director, Middle East, ACI Worldwide. ACI Worldwide is a global payments software company. Here Ramsey and Reda discuss how the payments landscape in the Middle East is evolving.

The Middle East is developing quickly and considerably. The population has surpassed 410mn and a number of nations, such as Saudi Arabia and the United Arab Emirates (UAE), are being touted as some of the world’s most up and coming economies. The region has become synonymous with the rise of large infrastructure developments and technological innovation, while tourism continues to grow - 1.4 bn people visited in 2018 alone.

This push for innovation, coupled with an influx in foreign visitors, is driving changes to the region’s payments ecosystem. Visitors from abroad are not only using less cash; but many have also become accustomed to new ways of paying, such as via contactless cards. At the same time, businesses in the region are increasingly operating cross-border, and as a result require smoother, cheaper and quicker payment processes.

The state of play

Currently, the payments landscape in the Middle East is fragmented. In some countries, such as Egypt, the majority of the population is unbanked; and cash remains king. This reliance on cash also exists in places like Turkey and Saudi Arabia, but the influence of card payments and the growing role of smartphones is creating a strong demand for digital payment options there. In the UAE, on the other hand, consumers increasingly trust digital payment alternatives over cash.

Despite these differences, there’s a growing consensus that the region needs to focus on embracing digital payments and reducing the number of cash transactions. To this end, organisations in Saudi Arabia and The UAE (such as the Abu Dhabi Global Market) have launched digital sandbox initiatives; creating an environment where banks, regulators and financial service providers can come together to collaborate on the development, testing and creation of products which support new ways to pay. At the same time, momentum is building in some countries around mobile and app-based payments. The Emirates NBD, for example, has opened up WhatsApp banking; enabling 24/7 access to banking on the go.

As digital payment options continue to grow in popularity, an increasing number of businesses and consumers will expect to be able to adopt them. It will therefore be crucial that the region has the underlying real-time infrastructure in place to enable these payments to be made quickly and effectively. Access to a provider who can help offer participating banks faster and lower-risk onboarding to the new real-time payment services will also be vital.

The recent launch of real-time payments in Saudi Arabia could serve as a catalyst for the adoption of real-time payments amongst other countries in the region. But in order to live up to this potential, and ensure Saudi Arabia itself reaps the benefits, it’s important that banks in the country truly embrace real-time, and the improvements it will bring to their customer experience.

Far from viewing it as a simple add on, banks need to see real-time for what it is: the new normal when it comes to payments. As such, they should ensure that they are investing in a strategic real-time solution that they will be able to scale up in response to rising demand and new opportunities. Ultimately, being real-time ready shouldn’t be an option as it’s a prerequisite for the future success of banks in the Middle East.