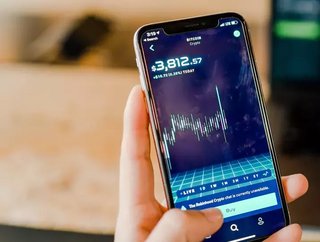 In no particular order, here are five fintechs disrupting the industry and their valuations in 2021.

As technology rapidly evolves, consumer needs change and cash is becoming a thing of the past, innovation and disruption are needed in all areas of financial services.

With digital banks and payment solutions particularly on the rise moving into a post-pandemic era, we wanted to take a closer look at some of those at the forefront.

In no particular order, here are five fintechs disrupting the industry and their valuations in 2021. Headquartered in San Francisco, Stripe has established itself as a leader in providing digital infrastructure for online payments. The company’s platform processes billions of dollars across hundreds of thousands of businesses, according to Forbes.

“Whether you’re creating a subscription service, an on-demand marketplace, an e-commerce store, or a crowdfunding platform, Stripe’s meticulously-designed APIs and unmatched functionality help you create the best possible product for your users.”

Founded by Irish brothers Patrick and John Collison in 2010, Stripe’s valuation doubled in late 2018, up to $20bn from its valuation of $9.2bn in September of the same year.

Founded in the UK by Russian entrepreneurs Nikolay Storonsky and Vlad Yatsenko, Revolut is one of the leading faces of disruptive UK challenger banking, achieving Unicorn status in April 2018. Its online service allows users to convert money into 24 currencies, up to £5,000 a month, as well as use money management tools and engage in cryptocurrency trading.

Revolut was valued at £4.2bn in February 2020 and has been reported by Sky News to be on track for new fundraising in 2021 that will value the company at more than $10bn. Headquartered in San Francisco, the capital of the US West Coast’s fintech economy, Chime is leading the campaign to provide Americans with quicker, easier banking options than those offered by traditional banks. Because Chime deposits salaries and other payments immediately into consumer accounts once it receives notification of a pending deposit, users of its service can reportedly receive money two days faster than through traditional banks.

Chime was valued at $14.5bn in late 2020 after a successful funding round. Stockholm-based Klarna is a fintech that provides interest-free payment solutions for consumers buying from online retail shops. Best known for its disruption in the ‘buy now pay later’ market, the company regards itself as a “healthier, simpler and smarter alternative to credit cards”.

It’s safe to say Klarna’s valuation has rocketed during the COVID-19 pandemic, rising from its $10.6bn valuation in late 2020 to $31bn in March 2021 to a staggering $45.6bn earlier this month after raising $639 million in a funding round.

The latest funding cements Klarna’s position as the highest-valued private fintech in Europe.

Founded in June 2012, Coinbase is a digital currency wallet and platform where merchants and consumers can transact with new digital currencies like bitcoin, ethereum, and litecoin. Disrupting the industry by having the vision to bring more innovation, efficiency, and equality of opportunity to the world by building an open financial system and making digital currency accessible and approachable for everyone.

Coinbase was valued at $86bn at the end of its Nasdaq debut back in April this year, it has around 56 million users globally and an estimated $223 billion assets on its platform, accounting for 11.3% of crypto asset market share 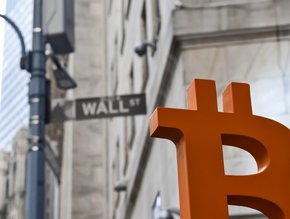