The Unexpected Case of Automating Taxation With Open Banking 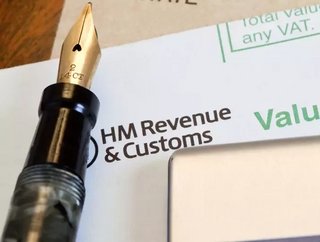 Tax season can be a stressful experience. People have to gather all of their receipts, log into various accounts and online portals, and then calculate the taxes they owe for the year.

The good news is there are now tools out there to help automate this process. This article looks into how open banking is helping both individuals and companies automate tax preparation.

The anxieties connected to taxes

Most individuals are generally unaware of the tax procedure; therefore, they hire accountants or other intermediaries to perform it for them.

Due to the expense of such services, unscrupulous accountants, or a shortage of expertise otherwise, many low-income individuals fail to complete the process, ending up with their heads buried in the sand or with minor mistakes due to a lack of experience.

According to Marie Walker, Co-Founder and Head of Content at Open Future World, "Alongside financial management apps like Emma and Snoop, tax is probably the highest-profile use case for open banking we've seen so far. Who could have known that what people wanted was an easier way to pay tax?"

Why shouldn't paying taxes be fun?

People want easier ways of doing things, and more often than not, they turn to technology for answers. It's no surprise that tax automation is starting to happen through open banking, which enables companies to securely access customer data through APIs, so they can then use this data for a number of purposes. One such purpose is the automation of tax preparation and payments.

"There's been a lot of talk recently about how successful open banking is or isn't, and open banking payments, in particular, have been relatively slow to take off. HMRC only introduced their' Pay by bank account' option on 24 March this year, but six months later, over half a million people had already used open banking to make tax payments totalling more than £1 billion," added Marie.

Examples of tax automation in the UK

One example of tax automation comes from a London-based fintech startup called Untied. The business is recognised by Her Majesty's Revenue and Customs (HMRC), including for Making Tax Digital for Income Tax, which will increase the reporting by the self-employed and property landlords from 2024.

An Untied user filed the UK's first-ever fully mobile tax return based on open banking data in 2019. They automate most aspects of tax preparation by pulling information directly from bank accounts and improving the user experience when it comes to taxation.

Another company in the tax-automation space is EcoSpend, which works with HMRC to provide automated tax returns. The new 'pay by bank account' feature on HMRC's website goes through the company, which processed more than £1 billion of payments in the second half of 2021.

EcoSpend simplifies the user experience by pre-populating the required information, so consumers do not need to enter manual data or worry about putting in the wrong details when making payments to the UK government for tax purposes. The firm also provides in-depth and varied data on verified financial data to provide clients with unique insights.

"We feel honoured to be demonstrating to the world the benefits of open banking through our partnership with HMRC. In under six months, we've shown there is consumer demand for a simpler way of paying, and we're looking forward to a future where fair and efficient payments is the mainstream," said James Hickman, Chief Commercial Officer at EcoSpend.

The UK is at the forefront of open banking, and while the technology is still in its early phases, it has already been a substantial benefit to the nation. The 'pay by bank account' option shows just how much the government department is willing to embrace new technology, especially to give the UK taxpayers a better service. HMRC have been the absolute trailblazer, as they've led the open banking market.

To obtain the contract with HMRC, EcoSpend competed against 75 other firms in a competitive bidding process. Their company most likely stood out because their APIs are connected with all the banks in the UK, including fintech providers and neobanks. The new 'pay by bank account' function offers immense savings because no money has been lost or misplaced in incorrect accounts.

In a recent statement to the UK government, Christian Faes, Co-Founder and Executive Chair at LendInvest, reiterated, "As many as half the UK's SMEs now use tools employing open banking functionality, and this level of adoption is likely to be reinforced as HMRC begins using open banking for tax payments."

A world in which real-time tax payments were available would signify the end of tax season—no more waiting until the end of the tax year to file taxes because people can do it all through open banking APIs and have them paid automatically along with other bills, such as rent or utilities. It's a win-win for everyone.

Kevin Sefton, the Co-Founder and CEO at Untied, is already testing the groundbreaking concept of real-time tax processing through his company. "What we're talking about today is an extension of that journey, adding up to date information to the ability to use variable recurring payments to set money aside as real-time tax using actual tax calculations. So this isn't a tax estimate based on just looking at the rates but is tailored to the individual's personal earning and circumstances. We think this could be applied to sole traders and property landlords, and equally to smaller companies fitting into the SME category," he said.

A new world of automated taxation would also help individuals and businesses make better decisions about their finances as transactions are now clearly visible for taxation purposes. Furthermore, the tax collector would receive more money.

The UK alone loses approximately £35 billion each year as a result of non-payment, avoidance, and fraud. "So going forward, what we can see is that someone's tax activity is completely immersed in the rest of what they're doing. It's not separate to it, but it's embedded in the running of their lives," added Kevin.

The advantages and drawbacks of tax automation

The benefits of automating tax are mainly around simplification; people would be able to make tax payments as soon as they receive their income, without waiting until the end of the financial year or quarterly instalments like they do today. Such a fintech innovation could also reduce compliance costs around tax deductions and annual reporting on taxable incomes received over a 12 month period.

Many countries have different tax regimes, with some attracting more favourable forward plans than others. Payments could be automatically made to various countries around the world where they have a taxable income or assets held in bank accounts, for example.

At the time of writing, there are three main roadblocks to fully automating tax:

The greatest approach to tax automation is to roll things out little by little rather than all at once. Especially when it comes to real-time payments, it is probably best to start with sandbox experiments and then expand tax automation over time. "Start with VAT, it's a fixed percentage and you can deduct it at the source," added James.

In summary, tax automation would save administrative costs, reduce fraud and non-compliance penalties, help individuals make better financial decisions from a taxation perspective through more comprehensive data visibility into transactions, and make it easier to make overall tax payments. All of this would be achieved through the use of open banking APIs and real-time payment systems, making taxation more seamless than ever before.